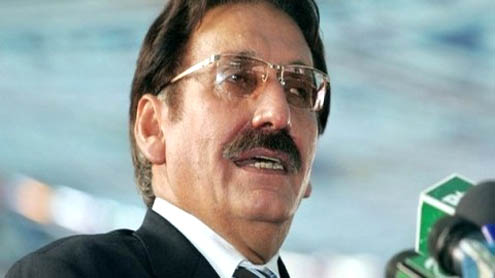 ISLAMABAD: Chief Justice of Pakistan (CJP) Iftikhar Muhammad Chaudhry has said that the role of the judiciary is not that of an opposition to the other two organs of the state, rather it merely places a check on the arbitrary exercise of power by any institution or executive.

Addressing a full court reference on the eve of Justice Tariq Parvez’s retirement on Thursday, the CJP said that the apex court had considerably strengthened the democratic and pluralistic foundations and commitment to the rule of law through landmark decisions. “There is also no doubt that democratic values can only be strengthened if we ensure that all our citizens have access to basic entitlements guaranteed under the law,” the chief justice said.

On the occasion, the CJP mentioned that the high courts all over the country were facing severe shortage of judges. “The process of the appointment of suitable candidates for filling the vacancies in the superior courts must be expedited so that the fruits of the sure administration of justice are delivered to the general public,” he said. – PT

MQM breaks up with PPP, again