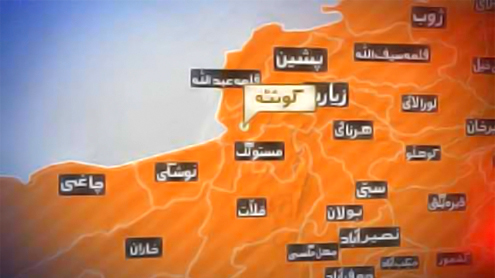 QUETTA: At least 11 people were killed and 27 others were injured when a blast ripped through the Baacha Khan Chowk area of Shahrah-e-Iqbal, a senior police official said Thursday.

The Capital City Police Officer (CCPO) Quetta confirmed the death toll, adding that details regarding the bomb attack would be divulged after further investigation.Witnesses said children and Frontier Corps (FC) personnel were among those injured.This is the third blast in the same area which houses a shopping plaza and a market and is generally a busy area.The police, FC, bomb disposal squad (BDS) and rescue teams reached the scene, cordoning off the area and shifting the injured to hospitals.

While the intensity of the blast is yet unknown, it was heard a long way off. Media correspondent reported that two to three-foot deep crater where the blast occurred.Thirteen cars, including FC vehicles were damaged in the blast.Bomb attacks in the violence-stricken province have been on the rise.Just a day ago, police recovered a cache of arms and explosives buried at the Eastern Bypass. – TheExpressTribune