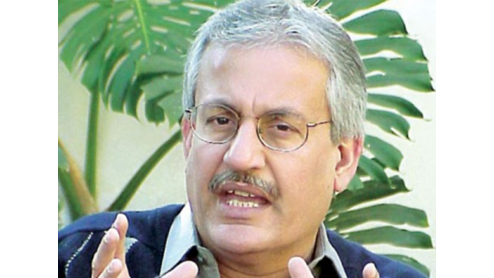 ISLAMABAD: Proposing the oversight of parliament on the operation of intelligence agencies, Parliamentary Committee on National Security (PCNS) Tuesday moved its recommendations to parliament to solve the issue of missing persons.

Senator Mian Raza Rabbani chaired the committee meeting in Islamabad which made its recommendation to put an end to this stigmatised issue.Talking to the media after the meeting of the committee in Islamabad, Senator Mian Raza Rabbani said that the committee had proposed formation of Supreme Court and high courts benches to deal with the cases of missing persons while a human rights commission at national level should be constituted to keep a vigil on cases and issues relating to the missing persons.Rabbani told reporters that 15 recommendations had been formulated after consultation with all members and they would be presented in the Senate and National Assembly separately.

He said that the government should implement the committee’s recommendations in order to recover the missing persons.According to the recommendations issued by the committee, a person’s arrest by any agency or department must be in accordance with the Article 10 of the Constitution while activities of intelligence agencies must be regulated.The recommendations also called for strict enforcement of fundamental rights as envisaged in the Constitution, urging parliament and the judiciary to play a proactive role to prevent disappearance of citizens.

Another recommendation proposes strict action in accordance with the Constitution against officials who detain people illegally.It is also proposed that the authorities should enter the names of those arrested in a computerised database within 24 hours of the arrest. The arrested individual should be informed about the sections used against him or her within 24 hours of the arrest.The committee recommended that all training institutes of the army, intelligence agencies and police should be administered in accordance with the law.A recommendation asks the government to announce immediate prison reforms, besides taking measures to provide knowledge of fundamental rights to its police trainees.

The committee recommended that no action be taken against officials who present the missing persons in court.Another recommendation says that the convention against torture and articles of the Constitution about the same reference to detainees must be enforced strictly.The PCNS had finalised its recommendation at its previous meeting on Saturday. PCNS Chairman Raza Rabbani told the media that the reservations of the secret agencies on the issue were kept in mind while jotting down the recommendations. He said the committee members had in mind that justice should be done to those persons picked up by the law-enforcement agencies on the charge of involvement in anti-state activities. – Nation