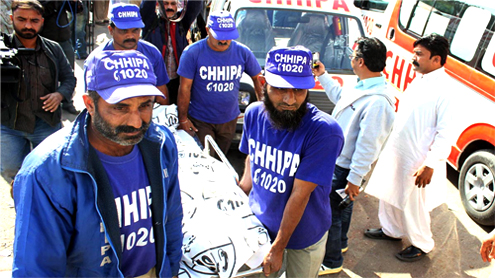 KARACHI/PESHAWAR: Five anti-polio campaigners, four of them women, were gunned down in Karachi in an hour in two separate incidents on Tuesday while two campaigners were hurt in Peshawar.

World Health Organization has halted the drive in Sindh with immediate effect.Officials said two women campaigners were on their duty in Gulshan-e-Buner area of Landhi when they were shot at and killed. Only after a short while, two more workers were fired upon and killed in Korangi no. 11 by unknown men.The bodies have been shifted to Jinnah Hospital for post-mortem.

The incident has panicked and horrified people of these areas, while security officials have reached the site of the tragedy.Another woman anti-polio campaigner has been killed while two male workers injured in a attack by motorcycle riders in Baldia Town, Karachi.Meanwhile, a lady health-worker and a male campaigner were injured as she received gun shots from unknown people in Mathra, Peshawar.

It may be mentioned here that a male polio campaigner was shot at and critically injured in the city and later succumbed to his injuries yesterday, bringing the death toll since the inception of the drive to five.Following these incidents, the World Health Organization has suspended Polio Eradicaiton Campaign in both the cities which began on Dec. 17 demanding security from the government. – Onlinenews