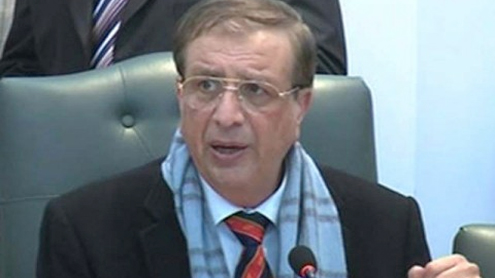 ISLAMABAD: ECP Secretary, Ishtiaq Ahmed Khan Thursday said that verification of voters’ lists in Karachi would be completed in 65 days.

Addressing a press conference here, he said that process of the verification exercise has been started in collaboration with Provincial Election Commission, Sindh.He said that there were 8.6 million voters and verification letters would soon be sent to concerned departments.Giving further details, he said that door-to-door verification would take a month while similar time would be required by National Database and Registration Authority (Nadra) for uploading the details of forms.

He said that delimitation of constituencies would be carried out in the light of Supreme Court orders.About complaints of rigging during by-elections in Punjab and Sindh provinces, he said the commission received general complaints but no concrete evidence was submitted in this regard.However, he said that there was a need to learn lessons from the recent by-polls and in upcoming elections, flaws noticed in the recent by-elections will be removed.

The ECP Secretary dismissed the impression that the ECP has done nothing to bring to book persons involved in display of arms and firing in the by-elections.“We have written to the provincial governments and FIRs have been registered against the culprits and most of them have been arrested”.He also said that political parties have shown concern over the law and order situation and the ECP will utilize the services of all law enforcement agencies on Election Day.

The Secretary ECP said that the prime minister had visited ECP head office to consult matters related to possible time of next elections but no specific date was discussed.He said March 16, 2013 will be the last date of present assemblies but if the Prime Minister dissolves the National Assembly before that time, ECP will have 90 days for next general elections.He said that on January 2, 2013, a meeting will be held with federal and all provincial governments to discuss law and order related issues with them. – Dawn