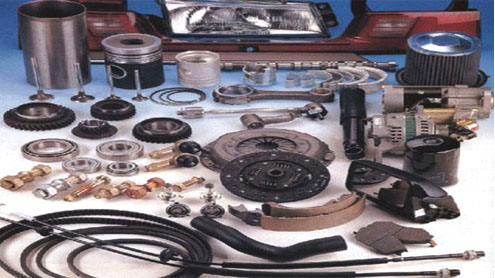 KARACHI: The Pakistan’s auto industry has become a leading industrial sector that has attained growth in the large-scale manufacturing sector.

The high economic and job multiplier effect of this industry and its strong forward and backward linkages in upstream and downstream industries make the auto industry a key player in the national economy. But for the last four years, economic development in Pakistan has declined, mainly because of implementation of inappropriate policies by the government, without the consent of the stakeholders. This includes the car import policy as well.The car import policy, which was introduced to benefit the local consumers is in fact benefiting the local auto dealer only.

Under the guise of this policy, the auto dealers, with the blessings of certain corrupt parliamentarians are importing brand new cars and other vehicles, and these used vehicles in official import figures hold a big share. The share of used cars in the official July-March 2011-2012 import figures is more than 90 percent. If the government allows this to continue, the country would soon end up with a pile of old, used cars.

Most used cars in Pakistan are being sold either at par or at a higher price than the market price of similar newly produced cars. Total import of used vehicles may hit 50,000 units by the end of the current fiscal year. Meanwhile, local manufacturers are continuously increasing prices of the local cars, saying that it has become difficult for the common man to even buy a small car.

On the other hand, the auto industry has shown its dismay over the indifferent attitude of the government towards the dilemma of the local automobile industry that is ready to compete with brand new imported cars, but not against five-year-old cars that are considered junk even in the countries from where they are imported. The local manufacturers’ stance is different than the dealers, since they say the government opened the import of used cars with the intent of providing small-end users with low-priced units. This argument does not hold water as the local consumers are forced to pay exorbitant prices for five-year-old models, most of which have become obsolete and their spare parts are not available, rendering the vehicles even more expensive to maintain.

Despite the major concern of continuous depreciation of Pak rupee against Japanese yen and dollar has slowed down, the foremost challenges are still ahead regarding revision of Auto Industry Development Programme, government’s consideration to reduce tariff on imported vehicles and duty benefit to new entrants.In this fiscal year the growing loss to the government on import of used cars is likely to reach Rs 5.63 billion considering the relaxations allowed. The expected break-up of imported used cars will be 8,000 cars of 800cc, 18,000 units of 1000cc and 14,000 units of 1300cc and above.

Used car import has also resulted in job loss of 30,000 to Pakistan’s auto vending industry, closure of 25 percent vendors, besides polluting Pakistan’s roads and causing a loss of over Rs 5.63 billion to government revenues. The Pakistan Association of Auto Parts and Accessories Manufacturers fear further loss of jobs in the vending industry due to shift in government policy, especially when it allowed used cars import with relaxation in depreciation allowance.

The government needs to check imports of used cars, as all the badly damaged, unfit, scrapped and abandoned vehicles in Japan, are finding their way into Pakistan. All aspects need to be inspected by the government, before giving relaxation, especially the depreciation allowance which should be maintained at 1.0 percent on imported used cars. – Dailytimes