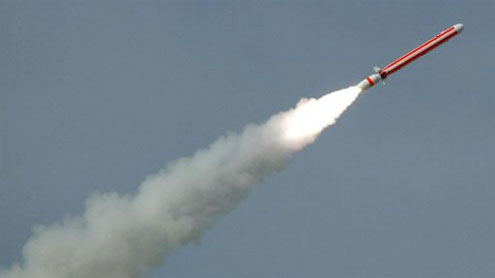 RAWALPINDI: Pakistan on Tuesday test-fired another medium range cruise missile Hatf-VII (Babur) having a range of 700 km, the third successful test in a week.

“It’s a multi tube, indigenously developed cruise missile Hatf-VII having a range of 700 kms,” ISPR said in a statement.“Babur Cruise Missile is a low flying, terrain hugging missile with high maneuverability, pin point accuracy and radar avoidance features. It can carry both nuclear and conventional warheads and has stealth capabilities,” ISPR says.

The test will consolidate Pakistan’s strategic deterrence capability, and further strengthen national security.The successful test has also been warmly appreciated by the President and Prime Minister of Pakistan, who have congratulated the scientists and engineers on their outstanding success. – Onlinenews