Bright idea: Govt to give away 30 million energy savers 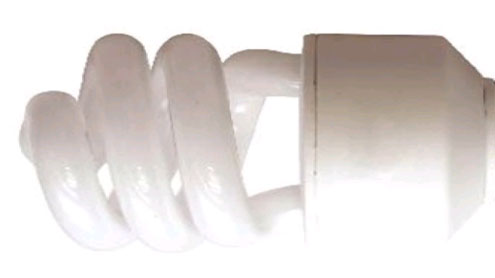 ISLAMABAD: In a bid to improve efficiency and reduce peak power consumption, the government has decided to launch its energy saver programme starting April 2012.

Thirty million Compact Fluorescent Lamps (CFLs), or energy savers, will be distributed free of charge to non-defaulting domestic consumers under the programme.Once the 30 million CFLs are distributed, peak electricity demand is expected to be reduced by 1,000 megawatts.A meeting, chaired by Minister for Water and Power Naveed Qamar on Thursday, decided to accelerate the distribution process and complete it within three to six months, as opposed to the 18 months projected earlier.

The Asian Development Bank and AFD, the French development agency, will provide $85 million in aid for the project.The energy savers would be distributed in three phases by the distribution companies.In the first phase, life line consumers, those that consume less than 50 units per month, will be given two CFLs in exchange for two functional incandescent bulbs.In the second phase, energy savers will be provided to domestic users that consume between 200 and 300 units per month while those that consume more than 300 units will be given CFLs in the third phase.

The ministry of water and power will be in charge of the project management and the order to procure energy savers would be placed in a week, participants at the meeting were informed.The project would not only help reduce peak demand by over 1,000MW, it would also yield Clean Development Mechanism (CDM) revenues of about $32 million by 2018.The CDM allows industrialised countries to meet their emission reduction commitments by investing abroad in emission reductions, wherever it is cheapest globally.The project will also help consumers save Rs300 per bulb, per year in electricity bills. Qamar asked the distribution companies to devise a transparent distribution and monitoring mechanism in addition to an awareness campaign for the consumers, according to a press release. – Thetribune