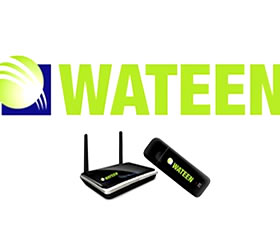 ISLAMABAD: The Competition Commission of Pakistan (CCP) Friday issued show cause notices to Defense Housing Authority (DHA) and Wateen Telecom Ltd (Wateen) for, prima facie, entering into an exclusive agreement prohibited under the Competition Act 2010 (the ‘Act’).The show cause notices were issued in the aftermath of an email received by CCP from a resident of DHA Phase V Lahore, complaining about the lack of choices available to residents of DHA for telecom and media services provision for a long period of thirty (30) years.Upon preliminary probe of the matter, the CCP found that the choices of residents are being restricted due to an exclusive agreement between Wateen Telecom and DHA effective from 1st January 2008. This agreement gives Wateen Telecom the sole and exclusive right to procure, provide, install, set up and establish telecommunication equipment/system and infrastructure within DHA Lahore. In accordance with the agreement, telecommunication and media services provided by Wateen Telecom include Long Distance and International (LDI), Wireless Local Loop (WLL), Optical Fibre Cable (OFC), Telecom Infrastructure, Hybrid Fibre and Cable (HFC) services.

The CCP further examined the contents of the exclusive agreement, which reveals that certain clauses are prima facie potentially anticompetitive having the object and effect of restricting or distorting competition in the relevant market. Apart from granting Wateen exclusivity in the area of telecommunication and media service provision, the agreement also grants Wateen the last right of refusal to any competing undertaking for a period of 30 years.In its show cause notice, the CCP has stated that DHA appears to have entered into an agreement with Wateen Telecom, which prima facie violates Section 4 of the Act. DHA and Wateen have been asked to submit their written arguments and justifications for entering into the exclusive agreement within fourteen days and to appear before the Commission on 21st of December 2010. It is the responsibility and obligation of the CCP under the Act to ensure free competition in all spheres of commercial and economic activity to enhance economic efficiency and to protect consumers from anti-competitive behavior. The CCP is of the view that any or all residents of DHA having concern in this regard may contact the Commission – Dailytimes

Number of cellular users continues to rise in Q1FY11