Number of cellular users continues to rise in Q1FY11 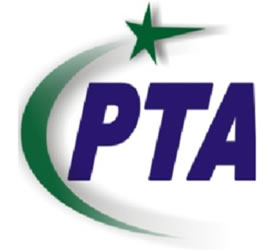 KARACHI: The cellular phone subscribers have increased significantly in the first quarter (Q1) of the current fiscal year 2010-11, crossing the benchmark of 100 million despite adverse impacts of flood on operators’ network infrastructure, sales centers and users in the period. Pakistan Telecommunication Authority (PTA) statistics reported the cellular users have increased by 948,904 in the Q1FY11 to reach 100.134 million on different operators’ network.The cellular tele-density has reached to 60.1 percent in the Jul-Sep 2010.

Telecom analysts said the growth in number of subscribers is the result of aggressive efforts carried out by all cellular operators following floods-related fallouts on the telecom businesses. They said the operators have lost a significant number of their users as 20 million people were affected and displaced by the recent floods in different parts of the country.The cellular phone operators have not only donated handsome amount to flood affected people but also distributed free SIMs to them in collaboration with NGOs, which largely compensated for their subscribers’ losses, they added. The cellular sector incurred a loss of Rs 1.36 billion as a result of damages caused to its infrastructure so far — as per assessment reports evaluated by Ministry of Information Technology and Telecommunication (MoITT). Zong has outperformed in the third quarter of 2010 as it added 748,746 subscribers in its base, the highest numbers among the operators. Zong subscribers base has reached 7.45 million by the end of September 2010, PTA showed.

The numbers of Ufone subscribers have reached all-time highs to touch the level of 20.236 million. It is the second best performer, which attracted the highest number of 687,351 customers in Jul-Sep 2010. Warid secured the third highest number of customers in Jul-Sep. It added 233,268 new subscribers in its base. The overall customers have increased to 17.169 million. Telenor Pakistan has widened its customer base at an all-time high to 23.83 million. It added 37,988 million customers.Mobilink remained in its position as market leader with 31.444 million customers.Analysts are of the view that cellular operators’ free airtime and SMS offer activate their inactive users born fruitful results.However, they said the real number of users is still under 100-million mark as a matter of fact the cellular operators do not disclose the real numbers due to cutting-throat competition. Besides, the number of subscribers having more than one SIM is increasing gradually, translating into surging number of inactive connections – Dailytimes