Where is oil heading? 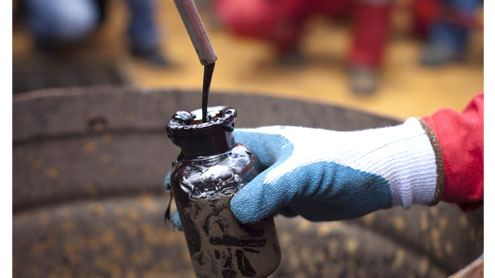 Where is oil heading

Oil prices surged as hurricane Isaac gained traction in the Gulf of Mexico. Some experts even warned of disasters greater than those imagined: stirring up oil from the legendary BP oil spill. But then the prices slipped as the supplies climbed and the Isaac threat faded.

Overall the global oil consumption has remained particularly stymied during two thirds of the year, predominantly because of stalled European Union with US and China as runner ups in the slowdown.This can foretell that demand will pine away not only during the remainder of 2012 but also during 2013. However, some factors like the looming winters and better Chinese growth statistics might trigger a relatively stronger consumption during the latter part of the year.

Besides, analysts are also expecting the oil consumption by Japan, after its nuclear catastrophe, to counterbalance some tightening in Europe and the US. However, entrance into 2013 will be tinted by the careworn global economy.Led by Opec and North American production, supply side has remained supple this year, and the dynamics of the oil market indicate towards surplus during the remaining part of this year.Though the Iranian dilemma has wiped off some important barrels from the oil market, the Opec production has been bolstered during 2012 with Saudi Arabia taking the balancing act, Libya returning to the mainstream and Iraq pumping extra. These would also bring some steadiness in Opec production all the way through 2013.

Where non-Opec pumping is concerned, it will be a treat to watch unconventional reservoirs production to overtake the rupture in oil from the North Sea, Mexico, Syria and Yemen.Though there is oil surplus and inventory buildup as of now, the risks to oil supply still cling to the global oil market. While inventory in the US is high, stock levels in Europe are lower owing to constrained demand and a cut in Iranian oil.

Brent crude has rebounded from the 88 dollars in June to 117 dollars towards the end of August, largely due to the Syrian unrest and the storm alarms. The danger from Hurricane Isaac raised concerns for a possible supply shock, and the current spike in oil prices pushed G7 to demand for a rise in oil production, while warning that the West is ready to offload its strategic reserves.

With demand comparatively stronger during the rest of the year, the oil prices are also fraught with geopolitical concerns like the crisis in Syria and its periphery. This could provide support to the oil prices during the year.However, in anticipation of calmer oil market in the long term due to production enhancement plans and inventory buildup from Canada, Brazil etc, and somewhat guaranteed supply from the Opec, prices can be expected to squirm close to 100 dollars a barrel. – Brecorder