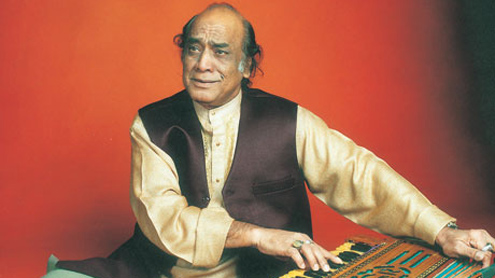 ISLAMABAD: Rich tributes were paid to legendary singer Mehdi Hassan at a condolence reference organised by Rawalpindi Arts Council (RAC). Senator Namja Hameed was the guest of honour. Al-Fankar Academy President Shahzad Sanam, who also cooperated for conducting the reference, was the compere of the ceremony.

Senator Namja in her address said that Mehdi Hassan’s passing away came as a terrible shock to the world of music. “We have lost a man of manners and a great singer. He was so versatile that his range extended ghazals, songs and all ragas. He was an asset for the nation.” Naheed termed Mehdi Hassan an unparalleled singer – a true maestro when it came to ghazals, singing them with a semi-classical touch. He was also an expert in musical compositions that were never previously introduced.

She further said that Hassan, who first earned his popularity as a playback singer, later gained command over ghazal and produced wonderful musical compositions – receiving the title of the “King of Ghazal”. Dr Shuja, one of the friends of Mehdi Hassan, turned some pages from history and said that to make both the ends meet, Mehdi Hassan started working at a bicycle shop and later became a car and diesel tractor mechanic. Despite the hardships, his passion for music did not wither and he kept practicing on a daily basis. He started his career as a singer at Radio Pakistan in 1957. Primarily, he was regarded as a thumri singer.

Mentioning awards, a close companion of Mehdi Hassan, Mehfooz Khokhar told the audience that he was honoured with the “Tamgha-e-Imtiaz”, the “Pride of Performance” and the “Hilal-e-Imtiaz” by the government of Pakistan. He further said that Hassan had also received the “Gorkha Dakshina Bahu” from the government of Nepal. Besides “Nigar Film” and “Graduate Awards”, he was also given the “Tamgha-e-Sehgal” in Jalandhar, India. On the occasion, famous singers Jahangir Baber, AM Qureshi, Musarat Jabeen, and Shahanshah Niazi sung the popular ghazals of the late Mehdi Hassan to pay tributes to the celebrated singer. Fateha was also offered for the departed soul.