by ToP
in Music
6 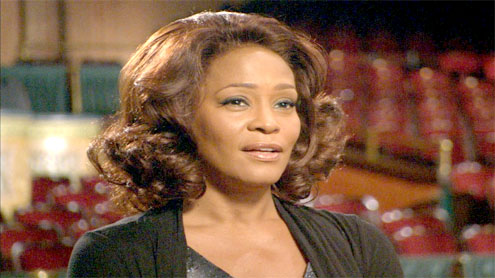 One of the world’s best-selling and highly awarded music artists, Whitney Houston was found dead in a California hotel. She was 48.

She was found dead in a hotel room in Beverly Hills. She had been into drugs and had checked into rehab a couple of times. Authorities have not revealed the cause of her death.A gospel and pop singer, Houston had carved a niche for herself with her vibrant and often spectacular singing style.Houston, who sold over 170 million albums, singles and videos worldwide, was born Aug 9, 1963, in Newark and embarked on her musical journey at the age of 11. The six-time Grammy award winner created a Guinness world record by winning 415 honours in her career.In her initial years, Houston sang in church.

Later, she performed with her mother at night clubs. But her true calling came in 1985 with her debut album “Whitney Houston”.In 1986, she won her first Grammy for the song “Saving All My Love for You”.Thus begun her journey of musical heights, awards and popularity and for a decade she ruled the music roost. She released her second album “Whitney” in 1987 and it was described as the first album by a woman to enter the Billboard charts at No. 1, and it included four No. 1 singles.

In her successful musical career, she also tried rhythm and blues for her third album “I’ll Be Your Baby Tonight” in 1990 and boasted of three more No. 1 singles.Her talent was such that her albums were million-sellers, and two have sold more than 10 million copies in the US alone – her 1985 debut album and the 1992 soundtrack “The Bodyguard,” which includes “I Will Always Love You”.According to New York Times, from the start of her career she had the talent, looks and pedigree of a pop superstar. Her range spanned three octaves, and her voice was plush, vibrant and often spectacular. She could pour on the exuberant flourishes of gospel or peal a simple pop chorus; she could sing sweetly or unleash a sultry rasp.

Dressed in everything from formal gowns to T-shirts, she cultivated the image of a fun-loving but ardent good girl, the voice behind songs as perky as “I Wanna Dance With Somebody” and as torchy as what became her signature song, a version of Dolly Parton’s “I Will Always Love You”, NYT said.She didnt stop there. In the 1990s, she forayed into acting with films like “The Bodyguard” and “The Preacher’s Wife” and tied the knot with R&B singer Bobby Brown in 1992. If on one hand her career scaled new heights, this was also the time when she became a “heavy” user of marijuana and cocaine, which she revealed in an interview with Oprah Winfrey.

Her film career was equally successful and after making the films “Waiting To Exhale” in 1995 and “The Preacher’s Wife” in 1996 – which gave her the occasion to make a gospel album – Houston returned to pop with “My Love Is Your Love” in 1998.Meanwhile, she continued with drugs, which took a toll on her voice and by 2000s her voice became scratchier and less secure, and her performances grew erratic, reports New York Times.Also, her marriage to the singer Bobby Brown turned out to be the worst decision of her life — Houston told Winfrey that after initial passion died, it became a turbulent marriage, marred by drug use and by his professional jealousy, psychological abuse and physical confrontations.

It affected her singing and it was evident when in 2000s, her singles slipped from the top 10. Not only that, Houston became a favourite tabloid subject and even pubished pictures of her bathroom stocked with drugs.Houston and Brown had a daughter, Bobbi Kristina, in 1993 and after a 14 year turbulent relationship in 2007, they divorced but by that time the damage had been done.