by ToP
in Movies
1 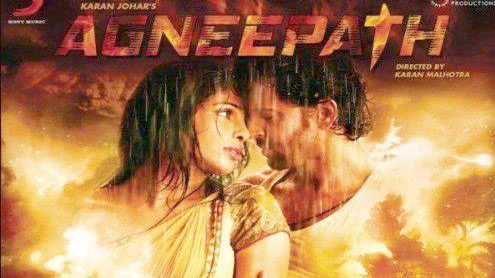 Highly anticipated remake of 1990’s classic, Agneepath, is all set to take box office by storm.

The Taran Malhotra directed, Agneepath has been in theatres for just a day and already raked in over 20 crore approximately.  Critics and fans that have seen the film are all praises for Karan Johar’s remake. Not even one of the critics have rated the movie below 3.5 stars hinting it’s a surehot hit.

Trade analyst Taran Adarsh said, “Agneepath opening: Not just Hrithik’s biggest opener, but also amongst the biggest opener of all times. It should have a record Day 1 collection.”  His verdict says that Agneepath is a fitting tribute to the masterwork. The movie has all the potential to scale dizzy heights of victory and catapult Hrithik Roshan as the newest member of the 100 cr Club, besides providing the Hindi film industry with the first giant Blockbuster of 2012.

According to Komal Nehta, “The film, adapted from the Amitabh Bachchan-starrer of the same name, has more or less the same story. However, its screenplay is so engaging that it makes for compelling viewing.”  The first three weeks of January 2012 has not been good for the theatre owners with all the previous releases flopping at the box office. An exhibitor said, “The audience response to the film has been extraordinary, we are now hopeful that this film will compensate for the losses we incurred in the first three weeks.”  Trade pundits feel the first day collection is likely to touch Rs 20 crore.

Trade analyst Komal Nehta said, “The film’s first day collection could easily be between 19-20 crores. True to its title, Agneepath has taken a fiery start. It is a superb Republic Day gift by Karan Johar to the public!”  Some trade pundits say it is neck-to-neck with Salman Khan‘s Bodguard, which had collected Rs 21 crore on the first day of its release. Nahata said,”It could just touch that figure”.Response of the movie in Pakistan is similar. Distributed by IMGC Global, this movie is sure to draw whistles and claps.