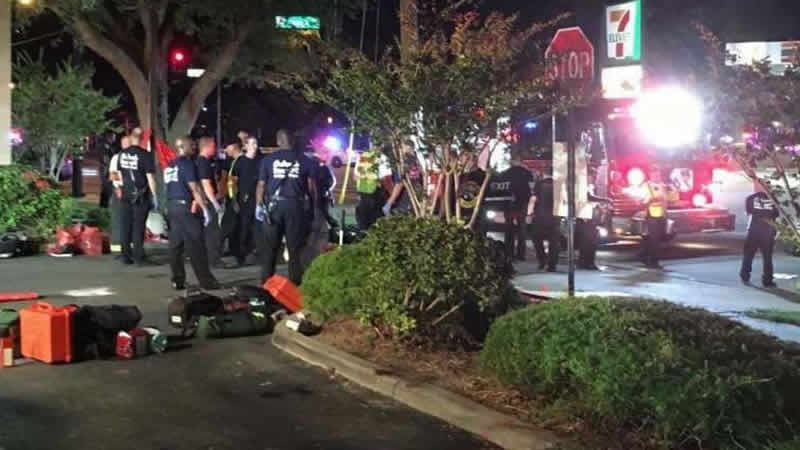 After scrutinizing the appalling conditions of US, one wonders that how this great nation got indulged into this predicament. There is sympathy for this gun violence in US.

Innocent people are shot dead in supermarkets, schools, universities, nightclubs etc, no one can feel safe anywhere within its border.

These things might be expected from those countries where bombs are raining down on civilians and wars are being fought but not during the peace time is US. Things are awful there. Recently, On 3rd November 2016, two people are killed and other two are critically wounded in Chicago, during gun shooting. The worst kind of rampage shooting in the American History is committed by Omer Mateen. Forty-nine innocent people lost their lives in a massacre targeting the bisexual community in Orlando on 12th June 2016.

In 2015, total number of mass shootings in US were 372 among them were 75 school shootings. One should be asked about the fault of these innocent or impeccable students/kids. There might be some increment in the figure that is updated. 13,286 people were killed by firearms in 2015 which is 30 times larger figure than the record in the UK. But still the world waits for the common sense law to change the situation.

In Australia, there is decline in mass shootings. The first and I guess the only mass shooting in Australia happened 20 years ago. John Howard who was the Prime Minister of Australia at that time took a notice of this incident and immediately organized to change gun laws. People still shot dead in Australia but it cannot compete with US.

More People are dying now by mass shootings than of the recent was. It takes a strong character to face the bullies and come in front of those who want the deplorable conditions in society. All these situations are making a mockery out of the USA and it’s government. There should be some action taken by the government against this perturbed environment.

Clinton, Trump Fight For Soul Of Divided US Before Election