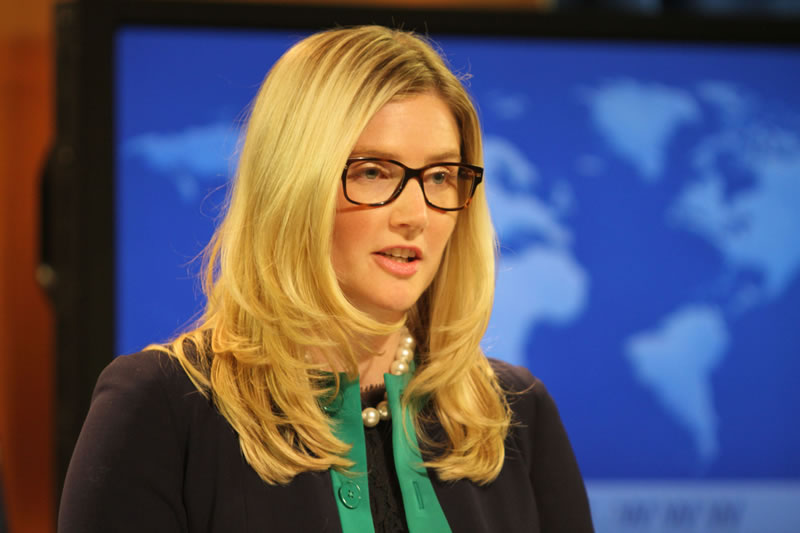 State Department acting spokesperson Marie Harf while briefing the newsmen in Washington on Thursday said that it is up to Pakistan whether it participates in the ongoing Saudi-led campaign against Yemen that Riyadh says aims at quelling the Houthis’ insurgency.

Answering a question, Marie Harf said that US Secretary of State John Kerry spoke with Pakistan Prime Minister Nawaz Sharif on April 14th and discussed a range of issues, including Yemen and also the release on bail of the alleged Mumbai attack planner, Zaki-ur-Rehman Lakhvi. She further said that Secretary John Kerry expressed concern that the perpetrators of the 2008 Mumbai attack be brought to justice. The Secretary also noted the need to keep known terrorists behind bars and to expedite justice for the victims of the family.

She further said that the two leaders also spoke about the need to bring the conflict in Yemen to an end through a sustainable political resolution and a political transition. To another question regarding a an attack on a US citizen in Karachi, Marie Harf said: “We have seen the reports that a UScitizen was injured in a shooting incident in Karachi. Our consulate general in Karachi is in close contact with Pakistani authorities and is working to obtain more information. The local police authorities in Pakistan are handling the investigation.”