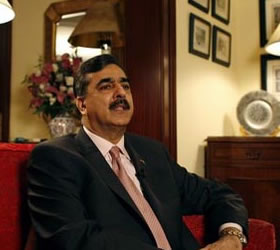 Srinagar, September 15 (KMS): In occupied Kashmir, veteran Kashmiri Hurriyet leader, Syed Ali Gilani has said that the killing of 17 civilians across the Valley on Monday during the protests against desecration of Quran are part of a larger conspiracy unleashed by India to carry out genocide of Kashmiris for suppressing their ongoing movement for right to self-determination.

Syed Ali Gilani in a media interview in Srinagar said that he was immensely pained over the brutal killings of 17 Kashmiris. “These killings can’t be taken in isolation as they are part of a larger conspiracy to carry out genocide of Kashmiris to suppress the movement,” he said.

The veteran leader maintained that New Delhi was fighting a lost battle in Kashmir. “India wants only the land of Kashmir and cares a hoot about the rights of Kashmiris. It has been using all its military might to crush the movement but has only achieved failure. It is frustrated by the overwhelming support to the Quit Kashmir Movement and is using pressure tactics to break the resolve of Kashmiris,” he added.

Syed Ali Gilani said that the ongoing movement had reached a decisive phase and urged people to lend support to the protest calendar issued in connection with the Quit Kashmir Movement. “It is a do or die situation for Kashmiris. Come what may, Kashmiris won’t surrender before India and fight till they achieve the right to self-determination. Kashmiris, who have been rendering unflinching sacrifices for the just cause, are committed to take the movement to its logical conclusion,” he said. He castigated the police for blaming his party for instigating violence.

The veteran Hurriyet leader called upon the UN Secretary General, Ban Ki-Moon to ensure protection of Kashmiris, who are peacefully protesting for their rights. “The UN should take strong note of the naked display of state terrorism unleashed by India on unarmed Kashmiris. I appeal Ban Ki-Moon to immediately take steps to ensure security of Kashmiris,” he added.