Afghanistan: All foreign troops must leave by deadline – Taliban 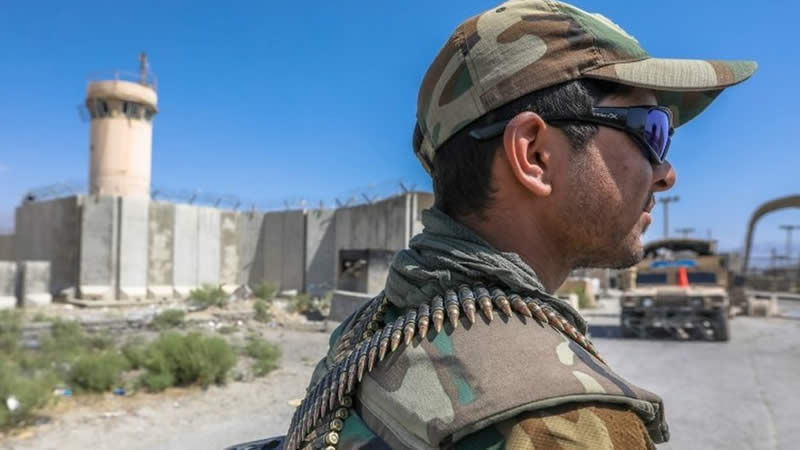 Any foreign troops left in Afghanistan after Nato’s September withdrawal deadline will be at risk as occupiers, the Taliban has told the BBC.

It comes amid reports that 1,000 mainly US troops could remain on the ground to protect diplomatic missions and Kabul’s international airport.

Nato’s 20-year military mission in the country has all but ended.

But violence in the country continues to rise, with the Taliban taking more territory.

As Afghan forces prepare to take charge of security alone, concern is growing for the future of Kabul.

But speaking to the BBC from the militant group’s office in Qatar, he said no foreign forces – including military contractors – should remain in the city after the withdrawal was complete.

“If they leave behind their forces against the Doha agreement then in that case it will be the decision of our leadership how we proceed,” Mr Shaheen told the BBC.

“We would react and the final decision is with our leadership,” he said.

Diplomats, NGOs and other foreign civilians would not be targeted by the Taliban, he insisted, and no ongoing protection force for them was needed.

“We are against the foreign military forces, not diplomats, NGOs and workers and NGOs functioning and embassies functioning – that is something our people need. We will not pose any threat to them,” he said.

Mr Shaheen described last week’s withdrawal from Bagram Airfield – once the largest US military base in Afghanistan – as a “historic moment”.

Under a deal with the Taliban, the US and its Nato allies agreed to withdraw all troops in return for a commitment by the militants not to allow al-Qaeda or any other extremist group to operate in the areas they control.

President Joe Biden set a deadline of 11 September – the 20-year anniversary of the 9/11 attacks on the US – for American troops to fully withdraw, but reports suggest the pullout may be complete within days.

An Afghan MP speaking on behalf of the Afghan government said the withdrawal was being carried out irresponsibly.

The MP, Razwan Murad, told the BBC that the government was ready for talks and a ceasefire and the Taliban should now prove that they were committed to peace.

Mr Shaheen denied that the militant group had played any part in the recent uptick in violence.

He insisted that many districts had fallen to the Taliban through mediation after Afghan soldiers refused to fight.

On Sunday, the Taliban captured another area in southern Kandahar province. The militants say they now control about a quarter of the country’s nearly 400 districts.

The Taliban spokesman described the current government as “moribund” and referred to the country as the “Islamic emirate” – an indication that the group envisaged a theocratic basis for governing the country and were unlikely to agree to Afghan government demands for elections.

Mr Shaheen said elections had so far not been raised in negotiations between the Taliban and the Afghan government.

US-led forces ousted the Taliban from power in Afghanistan in October 2001. The group had been harbouring Osama Bin Laden and other al-Qaeda figures linked to the 9/11 attacks in the US.

President Biden has said the American pull-out is justified as US forces have made sure Afghanistan cannot again become a base for foreign jihadists to plot against the West.

Afghan President Ashraf Ghani, meanwhile, insists that the country’s security forces are fully capable of keeping insurgents at bay, but many believe the withdrawal risks casting the country back into the grip of the Taliban.