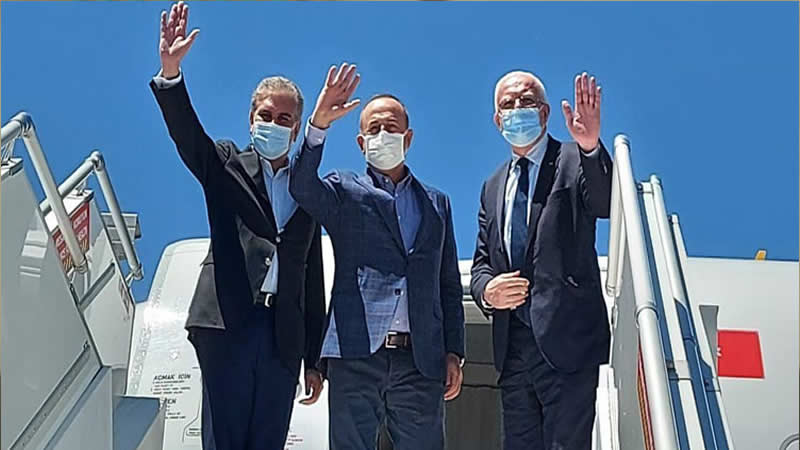 Foreign Minister Shah Mahmood Qureshi along with his Turkish, Palestinian and Sudanese counterparts has arrived in New York to attend an emergency meeting of the United Nations General Assembly (UNGA) on the Palestine situation.

Taking to Twitter before the departure, Qureshi said: “Proud to join [Turkish FM] @MevlutCavusoglu as we stand united, shoulder to shoulder, with our brother FM Dr Riyad Al Maliki from Palestine. Together, we will stand for the people of #Palestine at #UNGA75.”

According to a statement of the Foreign Office, Foreign Minister Qureshi will highlight Pakistan’s stance on the Palestine issue and call for an end to atrocities being committed against innocent Palestinians by Israel.

Besides this, the foreign minister will also meet UNGA President Volkan Bozkir and other dignitaries. He will also meet media representatives and brief them regarding Pakistan’s stance on local and international matters.

Qureshi left Turkey along with the foreign Ministers of Turkey, Palestine and Sudan for New York. Later, the foreign minister of Tunis also joined them.