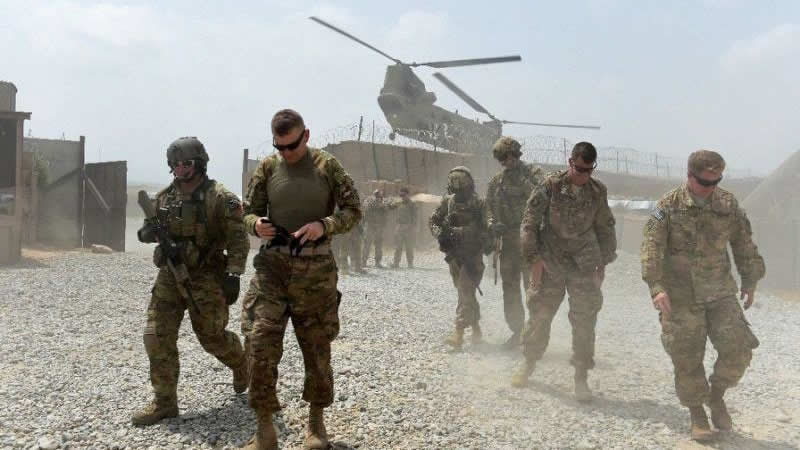 President Joe Biden will remove all US troops from Afghanistan before this year’s 20th anniversary of the September 11 attacks, ending America’s longest war around five months later than planned, a US official said.

Biden has “reached the conclusion that the United States will complete its drawdown — will remove its forces from Afghanistan — before September 11,” the official told reporters on condition of anonymity.

Biden will make an announcement Wednesday that all US forces, in coordination with those of Western allies, will leave other than limited personnel to guard US diplomatic installations, the official said.

Biden will not link the departure to conditions on the ground, where there are rising fears that the Taliban could make major gains against the internationally-backed government in Kabul.

“The president has judged that a conditions-based approach, which has been the approach of the past two decades, is a recipe for staying in Afghanistan forever,” the official said, calling for a shifting of US priorities.

For Afghans the fighting will likely grind on. The official spoke shortly after US intelligence released a threat assessment report warning that the embattled Afghan government “will struggle” to hold off the “confident” Taliban if the US-led coalition withdraws.

Former president Donald Trump also favored a withdrawal and reached a deal with the Taliban in February 2020 under which all US troops would leave by May 2021 in return for the insurgents’ promise not to back Al-Qaeda and other extremists -– the original reason for the 2001 invasion.

The Biden administration official said that the withdrawal would begin in May and that the delay was largely logistic, with troops possibly out of Afghanistan well before September 11.

The official warned the Taliban of a “forceful response” if they strike US troops on the way out.

“We have communicated to the Taliban in no uncertain terms that is they do conduct attacks against US or allied forces as we carry out this drawdown,” he said, “that we will hit back hard.”

The threat assessment report published Tuesday by the director of national intelligence said the Taliban “is confident it can achieve military victory.”

“Afghan forces continue to secure major cities and other government strongholds, but they remain tied down in defensive missions and have struggled to hold recaptured territory or reestablish a presence in areas abandoned in 2020,” it said.

Afghan civilians, wary of the Taliban’s return to power, have long paid a disproportionate price in the decades of bloody fighting.