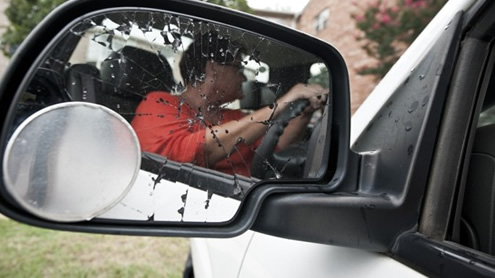 When Brenda Ann Covington needed money a few months ago, she had only one big item left to pawn: her Chevy truck.

Covington used the 2005 Silverado pickup as collateral to borrow money from one of the growing number of Virginia businesses that lend cash against a person’s car. It’s a decision Covington now regrets. With an interest rate of around 240 percent, Covington will pay nearly $4,100 to have borrowed $1,500. Worst of all, if she defaults, the lender can seize her truck, which was paid for before she took out the new loan. “I can’t blame anyone but myself,” Covington, 61, of Manassas, said. “But it’s highway robbery.”  Virginia’s car title-lending business is booming, but consumer advocates say it’s nothing to celebrate. Since a change in Virginia law last year, the commonwealth has become a magnet for people who need cash but live in the District, Maryland or another neighboring jurisdiction where laws capping interest rates have effectively driven such lenders out of business.

In 2010, Virginia lawmakers — led by Sen. Richard L. Saslaw (D-Fairfax), who received more campaign donations from the consumer finance industry than anyone else in the Virginia General Assembly — imposed new regulations on car-title lenders but allowed them to operate in the commonwealth. A year later, legislation sponsored by Saslaw ensured that car-title lenders could extend credit to nonresidents. Since then, the number of licensed car-title lenders has almost doubled in Virginia, along with complaints about high costs and collection tactics.

But some are pushing back against the industry, including West Virginia’s attorney general and a Roanoke County borrower. After investigating complaints from people who said debt collectors for Fast Auto Loans Inc. pestered them in the hospital or used other aggressive tactics, West Virginia Attorney General Darrell V. McGraw Jr. sought to block the firm from writing new loans to West Virginians or seizing their cars, court documents say.

Calls to Fast Auto Loans’s owner Robert I. Reich at the Atlanta headquarters and the firm’s attorneys in West Virginia were not returned. Car-title loans — cash loans based on the equity in a vehicle — topped $125 million in Virginia in 2011, the first full year monitored by by the Virginia State Corporation Commission. While reforms by the General Assembly since 2008 have contributed to a two-thirds decline in the number of Virginia’s licensed payday lenders, the number of car title-lending outlets has more than doubled. -Washingtonpost