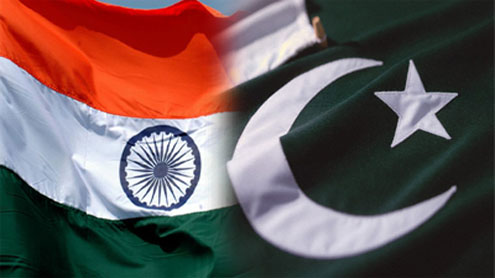 NEW DELHI: India on Wednesday overturned its ban on foreign investment from Pakistan in a move designed to build goodwill amid a renewed push for a peace settlement between the nuclear-armed neighbours.

“The government of India has reviewed the policy… and decided to permit a citizen of Pakistan or an entity incorporated in Pakistan to make investments in India,” said a statement from the Indian commerce ministry.India and Pakistan, which have fought three wars since independence, are channelling their peace efforts into “trade diplomacy”.The aim is to build enough trust to tackle the more troublesome issues that divide them.”We welcome this decision,” Pakistani foreign ministry spokesman Moazzam Khan told AFP.

“It will definitely benefit Pakistani investors and industrialists. We hope this decision will be fruitful for the people of both countries.”Pakistani businessmen also welcomed the move.”We do appreciate this action by the government of India, but what will be more interesting for me is when the Indian authorities lift its ban on Indian investors investing in Pakistan,” said Majyd Aziz, involved in the import and export of minerals and in shipping.”For a better economic future in South Asia, it will be a huge step when businessmen from both the countries can freely invest in each other’s country.”

Zubair Motiwala, chairman of the board of investment in Sindh province, said it was the “right decision taken at the right time”.”Allowing our country to invest in India is a great confidence booster and will pave the way for more cordial bilateral relations,” he said.The warming commercial ties underline the new relevance of the private sector in the peace process, analysts said.However, a ban on investments in defence, space and atomic energy will remain and all propositions must come via the Indian government.The decision to accept foreign direct investment from Pakistan was taken in April when the trade ministers of the South Asian rivals met in New Delhi.

They also discussed ways to ease visa curbs on business travel and the possibility of allowing banks from both countries to open cross-border branches.The improved relations between the rivals stem from Pakistan’s decision to grant India “Most Favoured Nation (MFN)” status by year end, meaning Indian exports will be treated the same as those from other nations.MFN status will mean India can export 6,800 items to Pakistan, up from around 2,000 at present, and the countries aim to lift bilateral trade to $6 billion within three years, officials have said.

Official bilateral trade is just $2.7 billion and heavily tilted in New Delhi’s favour, according to most recent figures, but unofficial trade routed through third countries is estimated at up to $10 billion.In further progress, the neighbours opened a second trading gate in April along their heavily militarised border, increasing the number of trucks able to cross daily to 600 from 150.Pakistan has called for a “new era” in economic collaboration with India to build “a legacy of peace and prosperity for our future generations”.

The two countries have said there are many sectors with huge trade potential, from information technology to engineering, education and health.The two nations have voiced hopes that boosting trade can help peace talks which India warily resumed last year after suspending them after the 2008 attack by Islamist gunmen on Mumbai that killed 166 people.”Commerce is an excellent way to bring countries together,” Indian strategic analyst Uday Bhaskar told AFP recently. “Once you institutionalise trade, it becomes hard to slow the momentum for cross-border exchanges.” – Brecorder