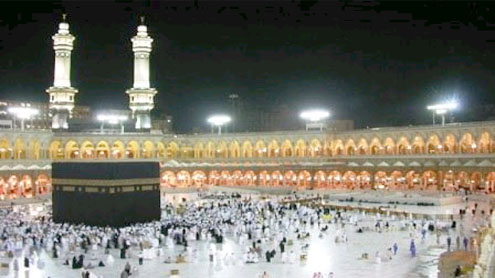 JEDDAH: More than 4,700 pilgrims on 19 flights arrived at the King Abdul Aziz International Airport (KAIA) in Jeddah on the fist day of the 2012 Umrah season at the Haj terminal on Tuesday.

The pilgrims were mainly from Turkey, Algeria and Iraq, the Saudi Press Agency reported. The General Authority for Civil Aviation said the KAIA administration has done all needed work in collaboration with government departments and operations agencies at the airport to handle the pilgrims smoothly.

Eight counters at the Haj terminal have been set up for incoming pilgrims and five for outgoing pilgrims and one counter as a reserve counter with facility for various operations, director general of the airport Abdul Hamid Abul Ora said. – Arabnews