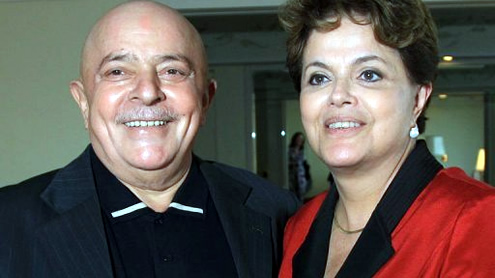 Lula’s medical team say his tumour has shrunk in size by 75% and they believe he will make a full recovery. He has been in hospital again on Monday for his third and final session of chemotherapy. The former president stepped down with record approval ratings at the end of last year, after two terms in office. Lula, 66, said on Sunday he was optimistic about his prospects.

He has been having his latest chemotherapy session at Sao Paulo’s Sirio-Libanes Hospital and is expected to be discharged on Tuesday. One of the doctors, Arthur Katz, said the reduction in the size of his tumour was “extraordinary” and that news of this progress had come as a relief to Brazil’s former leader. Lula, who was diagnosed with throat cancer in October, is a former smoker – a habit thought to increase the chances of getting the disease. –  BBC

Attack on Iran will have 'calamitous' consequences, says Prince Turki