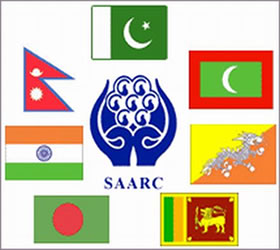 KATHMANDU: The inter-summit meeting of the South Asian Association for Regional Cooperation has been rescheduled for February next year because the previously fixed date coincided with the International Climate Summit COP-16 to be held in Cancun, Mexico.Bhutan, the current SAARC chair, Monday informed the Nepal government that the meeting of foreign ministers of the regional bloc has been rescheduled for February 5 to 9. Previously, the meeting was slated for December 5 to 9 in Thimphu this year.“As the Bhutanese foreign minister will be engaged in COP-16 summit in Mexico, the inter-summit meeting now will be held on the rescheduled date,” Dr Niranjan Man Singh Basnyat, director at the SAARC Secretariat said.SAARC Council of Ministers comprises all eight foreign ministers of the South Asian countries.The meeting will review various agendas endorsed by the 16th SAARC Summit held in Bhutan last April. The Thimphu Summit had underscored the need to cope with the challenges of climate change and global warming and had also ratified SAARC Development Fund (SDF) for financing regional infrastructure development, among others.Meanwhile, Japan, a regular donor to SAARC for almost one and half decade, decided to discontinue funding. A source at the SAARC Secretariat confirmed that Japan took the decision after being dissatisfied with the implementation of its fund – Sananews