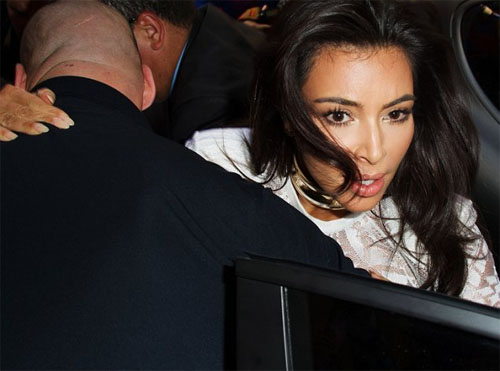 Fashion is not meant to be a contact sport, dolls! Unfortunately, though, Kim Kardashian was attacked trying to make her way into Balmain’s Paris Fashion Week show!

A video of the incident shows Kanye West’s wife stepping out of a car into a swarm of people when, unexpectedly, a man dives at her legs. 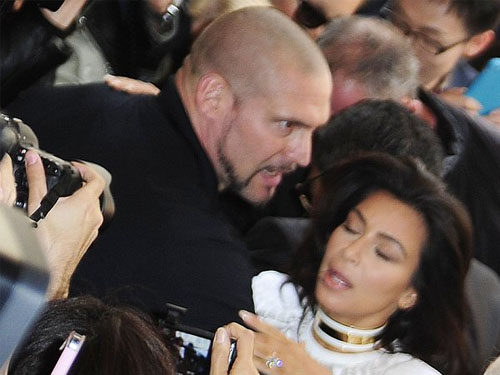 It appears the man was attempting to bring Kim down to the ground. Kris Jenner yelled, “Stop it,” as she realized what was happening, and Kim’s security team was quick to subdue the individual and pull the Keeping Up With the Kardashians star to safety. Kanye, who was exiting on the opposite side of the vehicle, muscled his way through the tightly packed crowd to get to his wife’s side. 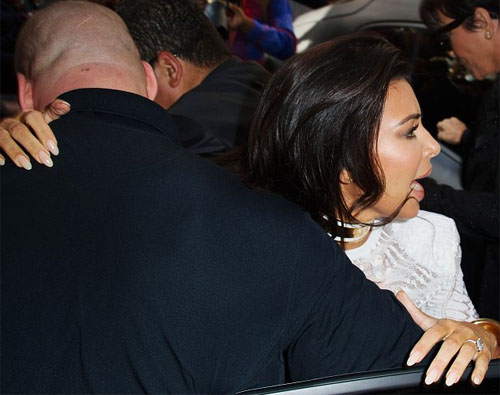 E! News has yet to confirm the identity of Kim’s alleged attacker, but a source told TMZ it was infamous red carpet prankster Vitalii Sediuk. (We reached out to Mr. Sediuk’s lawyer for comment but did not receive an immediate response.) Fortunately, Kim and Kanye made it into the Balmain show relatively unscathed. And for the most part, Kimye’s Fashion Week experience has been a positive one.

On Wednesday, even baby North West got in on the action when she attended Balenciaga’s spring-summer 2015 show! The 15-month-old cutie was front-row ready in a a Yeezus T-shirt worn with leggings and a leatherette skirt by Kardashian Kids. “It was an amazing fashion show for her to be at for her first show,” Kim told Yahoo! Style afterward. “She loves it!” So how did little Nori end up at the show to begin with? “She started to cry when we were walking out the door [of our hotel],” mom explained. “And we couldn’t leave her. So, it was a spur-of-the-moment thing.” -Eonline 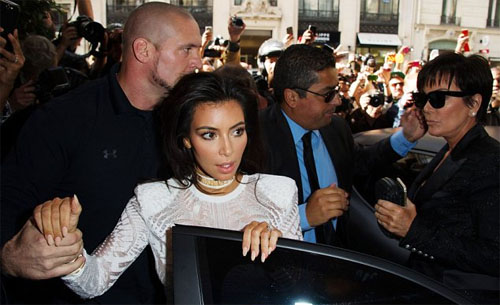