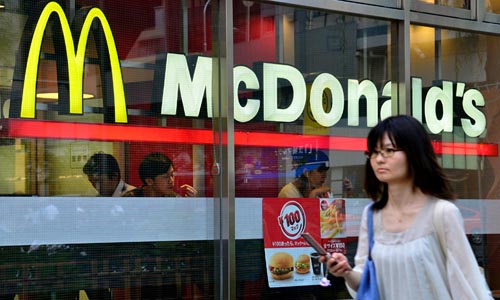 Import of chicken meat by multinational food chains in Pakistan not only lacks Halal credentials but carries the health risk because Pakistani customs rely on supplier certification instead of periodic inspections of slaughter houses.

Recently, Chinese electronic media exposed a US owned food processor Husi Food Co, owned by OSI Group of Aurora operating in China that was shown mixing expired chicken meat and beef being repacked with new expiry dates. The Chinese authorities have closed down processing plant after confirming the authenticity of the footage. The meat processing plant was supplying products to McDonald’s and other international fast food chains.   The electronic media clearly showed workers picking up meat that fell on the floor, as well as mixing meat beyond its expiration date with fresh meat.

McDonald’s Japan establishment admitted that the Chinese supplier accused of selling expired beef and chicken had provided 20 percent of the meat for its chicken nuggets. It has stopped marketing some products till fresh arrivals from other sources.  Unfortunately, international fast food chains operating in Pakistan also import all McDonalds’ chicken product requirements such as Nuggets and Chicken Patty from Husi Foods Company Ltd, China. The Pakistan Customs record shows that some of these chains imported tons of chicken products regularly from the same company.

Their latest imports were over 41 tons of chicken products in the month of May and over 71 tons in the month of June. It is no wonder that chicken products are being exported by the food company at a throwaway price notwithstanding that there is a preferred lower rate of import duty from China of 16 percent. Still, according to knowledgeable sources, the federal and provincial governments in Pakistan have failed to take any action and are reluctant to destroy the imported meat even after confirmation that Chinese government itself has sealed the food processor in their country.

Food and health experts regret that there is no requirement of any agency to accredit a chicken meat and chicken product producers for exports to Pakistan. Further, the customs authorities lack facility to verify whether the meat products being imported are expired or unwholesome or truly Halal meeting the Sharia requirements. They pointed out that no country other than Pakistan allows import from any country without first physically verifying the production facilities’ capability of supplying a quality product that the product originates from disease free animals, are free of antibiotics and other drug and chemical residues.

They further revealed that Muslim countries also verify the Halal slaughter procedures. They said Pakistani regulations forbid stunning of animals for production of Halal meat. No authority in Pakistan has confirmed whether the meat products being imported originate from animals stunned before slaughter, they regretted.  They said China allows stunning for production of Halal meat. “This contradiction in Halal slaughtering procedure itself warrants a ban of so called Halal meat from China” they added. They appealed the Ulema to rise to the occasion and force the government to ban import of meat produced from animals stunned before slaughter.  -brecorder