Clash of the front-row Princesses at Paris Fashion Week 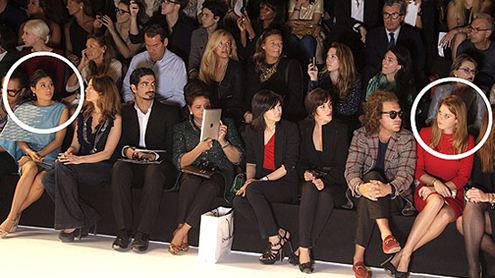 It is a country where insulting the King is a crime that can land you in jail, so perhaps the Thai princess who approached Princess Beatrice at Paris Fashion Week was not expecting such a firm rebuttal.

However, when Princess Sirivannavari Nariratana approached the fellow royal she was unceremoniously stopped by a close protection officer.To the surprise of the fashionistas lining the front row, after the 24-year-old Thai explained herself but was told by Beatrice’s guard: “She don’t want to meet no princesses. She’s sitting here, not getting up.”

The Asian princess was not amused and was seen to turn on her heel, saying: “Is that the sort of Princess you’ve got?”Despite her indignation, the two royals did not meet nor, it is assumed, are they likely to meet happily in future.The public scene took place at the start of the show by the Lebanese designer, Elie Saab.Princess Sirivannavari is a keen follower of fashion and the Saab show was her fifth at Paris Fashion Week alone.The princess, who is a fashion student in Thailand, is also an international standard badminton player and was recently ranked among the 20 most attractive young royals in the world by Forbes magazine.She has previously shown a collection of her own work in Paris and has appeared in daring outfits including a figure-hugging black dress slashed to her upper thigh matched with black lipstick.

By contrast, Princess Beatrice’s choice of a hat for the Royal wedding which was likened to a pretzel, antlers, and a toilet seat was widely criticised by fashion experts.The silk “pretzel hat”, by milliner Philip Treacy, became a talking point on the internet before the princess took the joke in her stride and auctioned it for Unicef and Children in Crisis.The granddaughter of the Queen, who is 23, seems to be improving her kudos and has been praised for her fashion sense this week. 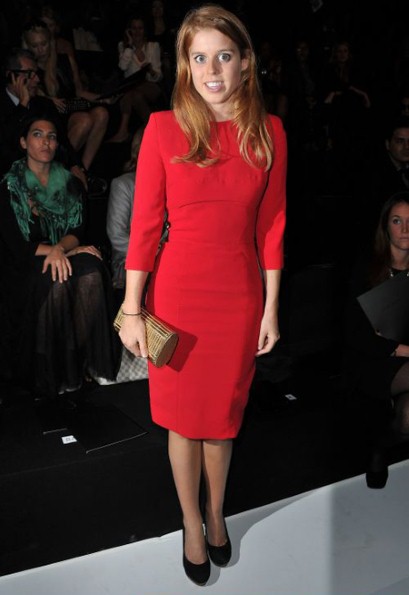 All the gossip and news from Paris Fashion Week

At the Elie Saab show, held at the Espace Ephemere Tuileries, close to the Cathedral of Notre-Dame, she wore a simple outfit of one of Saab’s bold red dresses, a metallic gold clutch bag and dark court shoes.Saab’s other clients include Halle Berry, the actress, Beyonce, the singer, and Christina Aguilera, the singer.A spokeswoman for Princess Beatrice said: “The princess’s visit to Paris was in a personal capacity. We do not comment on security issues.”

Princess Sirivannavari could not be contacted last night.

Public going crazy over the incredible failure of current leadership!!

Public going crazy over the incredible failure of current leadership!!