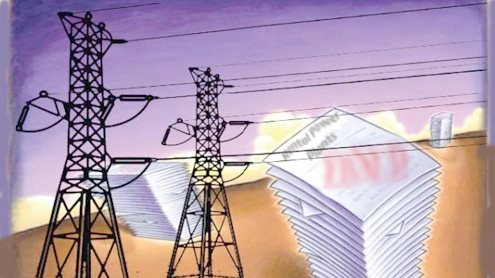 The Economic Survey 2011-12 reveals that estimated cost of power crisis to the country””s economy is approximately Rs 380 billion per annum which is around 2 per cent of GDP.

Electricity installed capacity has declined to 22300 MW in 2011-12 from 22500 MW in 2010-11 which apparently appears incorrect however no reasons for the decline have been mentioned in the Economic Survey. According to Wapda, the installed capacity in the Pepco system is 20,986 MW as of June 2011 with hydro 66 27 MW and thermal 14,359 MW. Hydropower accounts for 31.6 per cent, thermal 65.3 per cent and nuclear 3.1 per cent. 650 MW rental power is also included in the total capacity, which is now quashed by the Supreme Court of Pakistan. The cost of subsidies given to the power sector to the exchequer in the last four years (2008-2012) is almost 2.5 percent of GDP, (Rs 1100 billion). The liquidity crunch in the power sector has resulted in under utilisation of installed capacity of up to 4000MW. It has also affected investment in power sector.

During 2011-12, energy outages in Pakistan continued to be the dominant constraint in its growth. Yet traces of energy supply shortages can be traced to the independence of the country, the Survey argues. Till the 1980s less than two-third of the energy requirements were met through its own domestic resources. In the 1990s Pakistan was still engaged in various efforts to bridge the wide gap between increasing demand and limited energy supply. Further in the early 2000s, the energy sector (especially its sub sector electricity) received greater attention because of the faster rate of growth in its demand. By 2011-12, electricity and gas shortages are considered to be the primary cause of constrained production activities in a number of industries. Energy intensive industries (petroleum, iron and steel, engineering industries and electrical) shaved off 0.2 percentage points from real GDP growth in 2010-11 and in 2011-12.

The main hurdle in the supply of energy was accumulation of massive circular debt. The major problems which cause accumulation of circular debt were the partial transfer of tariff as determined by the Nepra, heavy line losses, almost 20 per cent, incomplete corporatisation, weak governance and costly fuel mix putting an extra financial burden on meeting the cost of fuel oil due to constant increase in oil prices etc. Economic Survey further said the government has transferred bank loan liabilities of Rs 216 billion as of June 30, 2009 and Rs 85.114 billion from the books of power companies and placed these amounts with PHPL in November, 2011. The government has repaid these loans to the bank along with mark up. -Brecorder