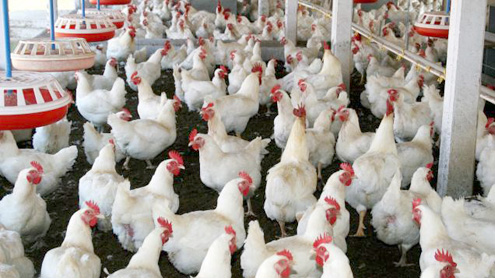 MULTAN: The country’s poultry sector has faced about Rs 10 billion loss in just past four months due to spreading of Newcastle (Ranikhet) disease a highly contagious viral disease which affected all ages of chickens and birds.

Talking to APP here on Thursday, president of Pakistan Veterinary Medical Association, Dr Waseem Rafiq said that about 44 million broiler chickens were died of Newcastle disease during past four months. He called for giving proper training to farmers along with introducing modern technology in poultry sector. He said, there was a dire need to protect chickens by increasing their immunity power besides getting improvement into the diagnoses level.-Brecorder