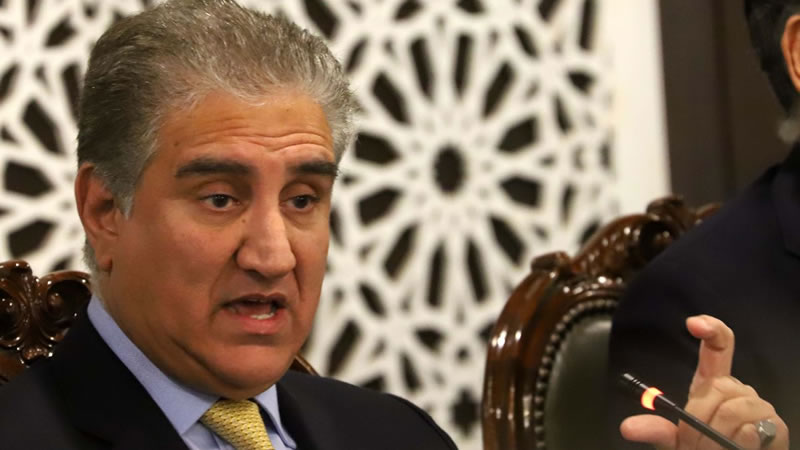 Talking to media after launching the construction of a park, the minister said Pakistan was implementing the ruling of the International Court of Justice.

“We have taken steps to implement the directive of the International Court of Justice. India wants Pakistan to deny consular access to Kulbhushan Jadhav so that it could have grounds to go to the ICJ. The opposition should not show ignorance by making statements in this regard. It should avoid strengthening the Indian point of view,” he said.

He was referring to the ICJ (Review and Re-consideration) Bill, 2020, passed by the parliament recently. The law will allow fresh consular access to Jadhav under the ICJ ruling.

Qureshi said whoever was going through the process of accountability would be given an opportunity to prove himself innocent.

Reacting to Bilawal Bhutto-Zardari’s criticism of the arrest of Khurshid Shah’s son by NAB, Qureshi said: “We want transparent accountability and not revenge. If someone tries to become an obstacle in the accountability process, Imran Khan will not give an NRO to him. The prime minister has made it clear that there will be no injustice and concession to anyone who is involved in corruption. If Khurshid Shah’s son is innocent, no action will be taken against him. The law is the same for everyone,” the said.

Answering a question about Jahangir Tareen at another event here on Saturday evening, the minister claimed that Imran Khan had neither given nor would give any concession. “The investigations are under way and soon everything will be clear,” referring to the apparent relief given to the estranged PTI leader in the sugar scam may not be permanent.

He said that Pakistan had no intention to handover any airbase to the United States while the CIA chief’s recent visit (to Pakistan) was part of a routine affair and there was nothing to hide.

The foreign minister said by allowing a limited number of locals to perform Hajj, the Saudi government had taken a precautionary measure in connection with the Covid epidemic.

He said that the finance minister had made it clear that there was no intention of a mini-budget.

He said before criticising the government over the defence budget, PML-N leader Ahsan Iqbal should read the budget document.

Answering a question about G 7 intentions, Qureshi said China was working on CPEC projects and it would continue to do so. If the G7 countries also wanted to initiate the same sort of project, it would be a healthy competition.

Reply to a question regarding development works in Multan, the minister said that district coordination committees had been formed on the direction of Prime Minister Imran Khan in all the districts of Punjab which would supervise development schemes in their respective districts.

“The first meeting of the District Coordination Committee in Multan was held the other day in which the pace of work on the projects was reviewed while the next meeting of the committee would be held on June 26,” he said.