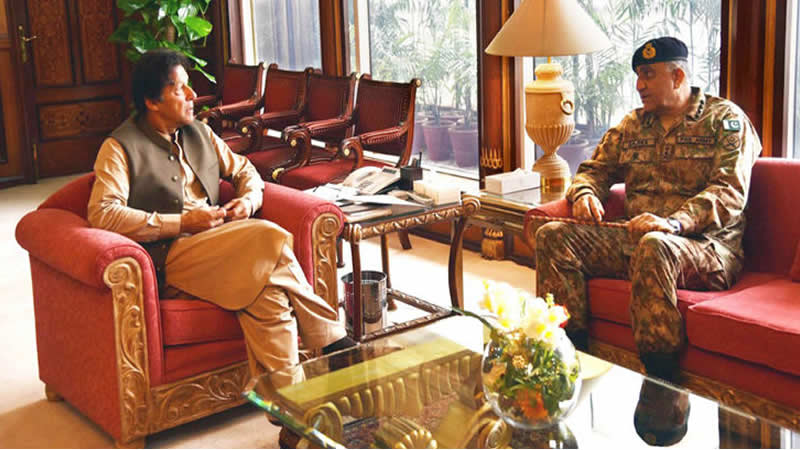 According to sources, the meeting between the top military and civilian leadership discussed the ongoing situation in the country.

“Regional situation and national security issues were also mulled over during the meeting between COAS Qamar Javed Bajwa and PM Imran Khan,” they said.

During a previous meeting on March 04, Chief of the Army Staff (COAS) General Qamar Javed Bajwa called on Prime Minister (PM) Imran Khan in Islamabad at the Prime Minister’s office.

Matters pertaining to national security were discussed during the meeting.

The civil-military leadership expressed sorrow over the loss of lives in the Machh incident and had vowed to bring the culprits behind the Machh tragedy to justice at all costs.

Pakistan working on a law to ensure royalties for artists