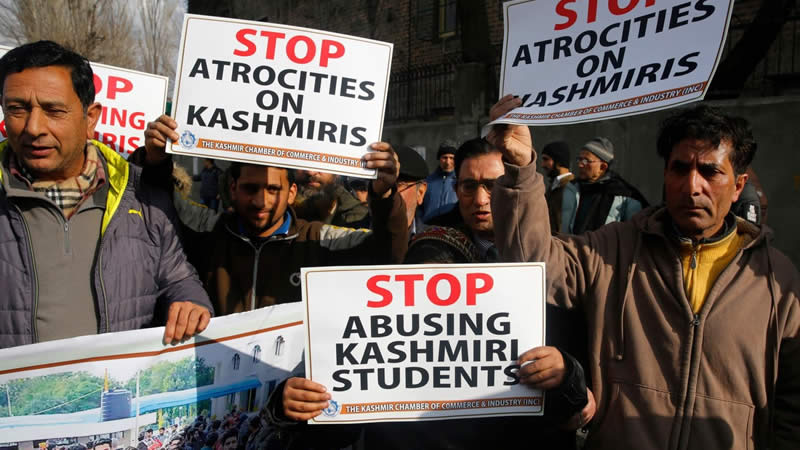 The Organisation of Islamic Cooperation (OIC) Contact Group on Jammu and Kashmir has asked the United Nations to call on New Delhi to halt the human rights violations in Indian Illegally Occupied Jammu and Kashmir (IIOJK).

The group met an informal meeting in New York on Sunday at the request of Foreign Minister Shah Mehmood Qureshi. The meeting was attended by Permanent Representatives of Pakistan Ambassador Munir Akram, besides representatives of Saudi Arabia, Niger, Azerbaijan and the OIC Observer Mission.

The members of the OIC Contact Group discussed the worsening human rights situation in IIOJK and voiced deep concerns over the continued violations by India of the fundamental human rights in occupied territory, said a message received here on Monday.

The meeting called on UN Secretary General Antonio Guterres, the Security Council and the Human Rights Council to take steps to end those abuses. It also urged the UN chief to press India to rescind the unilateral and illegal measures taken on and after August 5, 2019.

Reaffirming its stand on the Kashmir dispute, the Contact Group said India should be impressed upon to implement the UN Security Council resolutions, which called for a plebiscite to enable the people of Indian Illegally Occupied Jammu and Kashmir to exercise their right to self-determination.

Conveying the special message of Foreign Minister Qureshi, Ambassador Munir Akram said that India’s BJP government was engaged in systematic engineering of a demographic change in the IIOJK through new domicile laws.

Indian claims of “normalcy” in IIOJK were fallacious, he said, adding that the joint communication by eighteen Special Mandate Holders of the Human Rights Council issued last month had termed the human rights situation in IIOJK was in a “free fall”.

Foreign Minister Qureshi, in his special message, “sensitised the Contact Group that India had intensified its belligerent rhetoric against Pakistan, including threats of military aggression”. In 2020 alone, India had so far committed over 2,200 ceasefire violations on the Line of Control (LoC), he added.

“There was a tangible threat of further escalation as India might conduct another ‘false flag’ operation to justify renewed aggression against Pakistan, posing a serious threat to regional peace and security,” the foreign minister told the group.