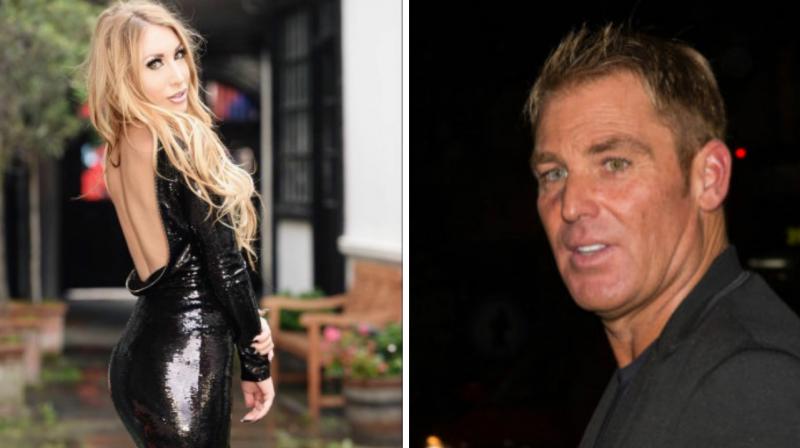 Australian cricket legend Shane Warne said he was “shocked” to be accused of assaulting an adult entertainment actress in a London nightclub after he was cleared of all allegations. Spin wizard Warne, 48, was questioned but subsequently released without charge, police said. “I was shocked to read the media stories circulating earlier today concerning a false allegation of assault,” said Warne in a statement.

“I have fully co-operated with the police, and they have now had the opportunity of seeing CCTV and speaking to witnesses. “The police have confirmed to me that I have been cleared of the allegation and that no further action will be taken. This is now the end of the matter.”

Proud of yourself? Hitting a woman? Vile creature. pic.twitter.com/RRnn3Ycfjp

Actress and model Valerie Fox had posted pictures of an apparent eye injury in the early hours of Saturday with the caption “Proud of yourself? Hitting a woman? Vile creature.” According to English tabloid The Sun, there were witnesses to the incident that took place on Friday night. The report claimed that Valerie Foxx was seen falling down on the floor ‘clutching her face’. Cops are understood to be investigating if CCTV captured any incident at Loulou’s in Mayfair, Central London. In one of her tweets Valerie wrote: “And no, I’m not lying. Just because you’re famous doesn’t mean you can hit women and get away with it.”

Scotland Yard said, “Detectives are investigating an allegation of assault alleged to have taken place in a nightclub on Hertford Street in Westminster in the early hours of Saturday. There have been no arrests and inquiries continue.” Back in 2000, Warne had lost the vice-captaincy after sexting a British nurse. In 2005 he split with wife Simone Callahan, mother to his three children over allegations he was cheating. They reconciled in 2007 but Simone left him again after he mistakenly texted her a message intended for another woman.