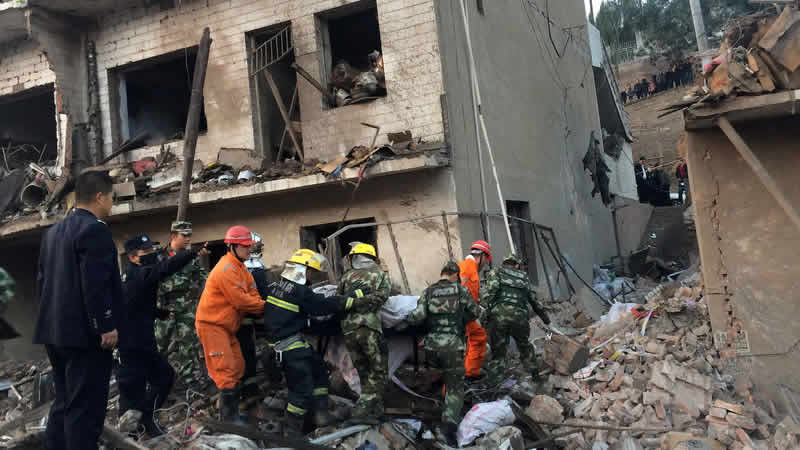 7 dead, 95 injured in huge blast in town in northwest China

At least 7 people died and some 95 were injured when an explosion ripped through a town in Shaanxi province’s Fugu County in northwestern China, causing severe damage to local infrastructure, the local government said.

According to Sina News outlet, four of the injured are in critical condition. Rescue operations are still underway. The blast occurred on Monday at about 2pm local time (06:00 GMT) near a hospital in Xinmin Township, according to the China Daily. The incident “might be related to unlicensed storage of explosives,” the local Huashang newspaper cited local residents as saying.

This has not been officially confirmed. The building entirely collapsed following the blast, images posted on the social networks Weibo and Twitter showed. A nearby hospital building and other structures as well as cars were also been badly damaged, with shattered glass and debris scattered all over the street.

Locals rushed to Weibo website, a Chinese version of Twitter, posting pictures and videos of people covered in blood and ruined buildings. Some pictures show people with what appear to be head wounds and at least one person lying motionless on the street. Police and emergency services have launched a rescue operation.