US Wants Pakistan, India To Settle Disputes Through Diplomacy Not Violence 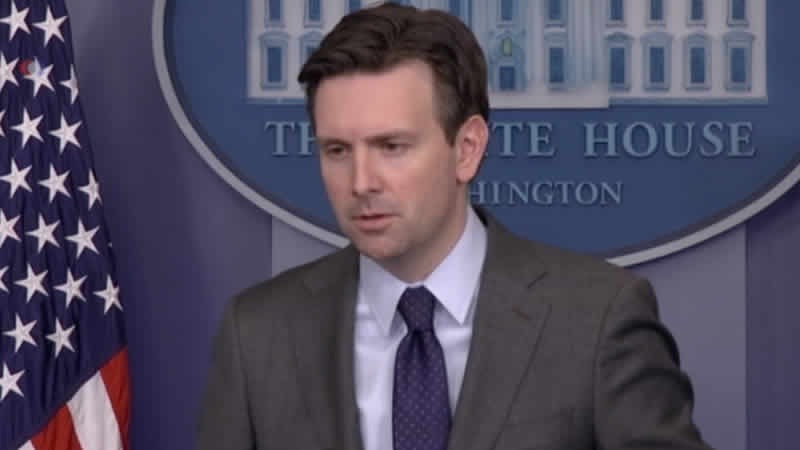 US wants Pakistan, India to settle disputes through diplomacy not violence

White House spokesperson Josh Earnest during a briefing on Friday said that the United States has long urged Pakistan and India to find ways to resolve their differences through diplomacy and not through violence.

“We have long urged India and Pakistan to find ways to resolve their differences not through violence but through diplomacy,” he said in response to a question on escalating tension between the two nuclear-armed neighbours in the wake of a separatist attack on an Indian army camp in occupied Kashmir. At the same time, Earnest lauded efforts made by both sides to bring stability in the region. And over the years, they (India and Pakistan) have made some important progress in that pursuit, and we are hopeful that they will be able to continue to make the kind of progress that will bring greater stability to what is a rather volatile region of the world,” he said.

The spokesperson said the United States strongly condemned acts of terrorism around the world. To a query, he said he was not aware of any specific conversations at the White House level, regarding the growing tension between two arch-rivals. I can certainly tell you that the White House is aware of this incident (of Uri attack),” he said. This candid response from US has come at a time when India is whining over Prime Minister Nawaz Sharif’s recent speech at United Nations General Assembly in which he has highlighted Indian atrocities in Kashmir and demanded just resolution of the long lingering dispute. Nawaz Sharif had told UNGA that youth of Kashmir is struggling against the Indian occupation but is being silenced by Indian forces, Media News reported.

A new generation of Kashmiris has risen spontaneously against India’s illegal occupation demanding freedom from occupation,” said Nawaz Sharif. Burhan Wani, the young leader murdered by Indian forces has emerged as a symbol of latest Kashmiri Intifada,” said Nawaz remembering the separatist leader killed by Indian forces. Nawaz demanded a UN fact finding mission to observe and analyse the situation in Indian-Occupied Kashmir, release of all political prisoners, independent inquiry into extrajudicial killings, and the freedom for the people of Kashmir to protest against Indian rule.