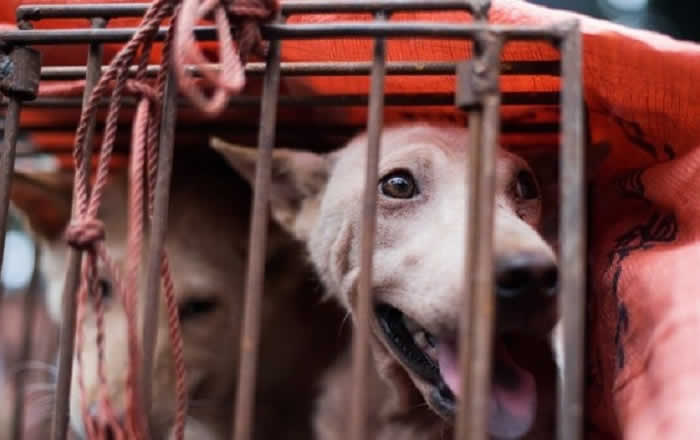 Five Cambodian villagers have died and dozens more fallen ill after eating rotten dog meat, an official told AFP Tuesday, in a remote province where canines are regarded as a delicacy. The round of fatal food poisonings began on Sunday after a 76-year-old man called Chea Reth bought the dead dog from another villager.

He died several hours later after cooking and eating it, according to Kong Kimny, governor of Snoul district in northeastern Kratie province where the incident took place.

In a macabre twist, guests at his funeral later on Sunday also ate the leftover meat and were rushed to the hospital with acute food poisoning. By Monday evening four more people — two men and two women — had died of poisoning, the official added. “These people like eating dog meat but previously have never had any problem,” he said. “It is the first ever case of its kind to happen in the district.” He said another 30 villagers were also hospitalised, with nine still needing treatment on Tuesday. District authorities have called on all villagers who came into contact with the meat to come in for a check-up.

Impoverished Cambodia is notorious for lax health and safety standards with cases of mass food poisoning common — although deaths on this scale are rare. Dog meat is popular in some remote Cambodian provinces as a delicacy, especially when consumed with homebrew white sticky wine. Campaigners have urged an end to the dog meat trade which is particularly popular in Laos, Vietnam and China. Regional fans of dog meat compare the animal to a less fatty version of pork and say the skin is particularly tasty when served crisp. Dog skin is also used as a cheap alternative to leather with Thai police making increasing hauls of golf gloves made from dog skin. –AFP