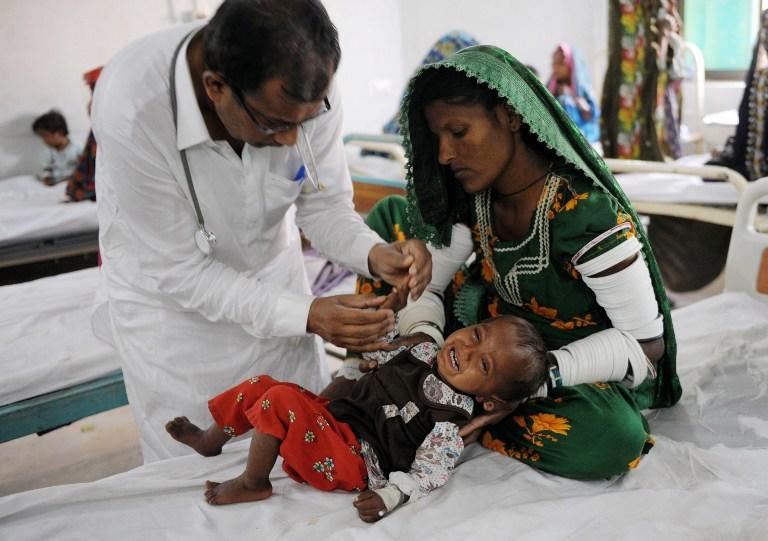 As many as six children have died due to malnutrition, pneumonia and other diseases in drought-hit Tharparkar on Friday, bringing the death toll to 292 in last three months.

The children have died in Mithi, Chhachhro, Islamkot, Nangarparkar and other areas of the district, where death has become a routine, unfortunately. The number of dying children is increasing especially after the onset of winter, as they are affected rapidly by chest infections, like pneumonia. For ensuring health facilities to drought hit population of Tharparkar 30 doctors and 16 ambulances had been dispatched to different hospitals of the district on special directives of Sindh Chief Minister Syed Qaim Ali Shah.