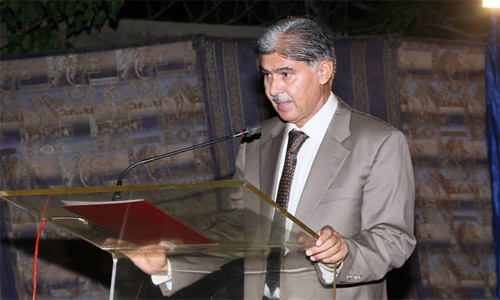 Jamali previously served as the additional IG in the Crime Investigation Department (CID) and had also served as the Mirpurkhas zone Deputy Inspector General (DIG) of Police. Jamali became acting IG after the Sindh government decided to surrender the services of former IG Sindh Iqbal Mehmood to the centre. The federal and provincial governments have been at odds over the appointment of an IG for the Sindh police, with the center’s proposed names being rejected by the Sindh government.

In July, the Centre had sent three names for the post of the police chief — Mir Zubair, former CCPO of Quetta; Khan Beg, former IG of Punjab police; and Rafiq Butt posted in the National Police Foundation — for consideration. However, Sindh Information

Minister Sharjeel Inam Memon had rejected the Centre’s list of candidates for the post of IG of Sindh police. “We would not accept the federal government’s candidates for the police chief post,” he was quoted as saying. “The centre should stop trying to impose its decisions on Sindh,” declared the provincial minister.

Sources said that the Sindh government had also recommended the name of former IG of police Fayyaz Leghari for the post of Sindh police IG for consideration to the federal government, which the Centre rejected. Jamali’s appointment comes just a day after the police issued a statement claiming to have killed more than 190 suspects in shootouts during the past two months in the province.

“The Sindh police have focused on terrorism, targeted killings, kidnapping for ransom and extortion,” said the statement issued after a meeting presided over by Jamali to review law and order in the province. -dawn

Tsunami Could ‘Wipe Out’ Karachi

Tsunami Could 'Wipe Out' Karachi