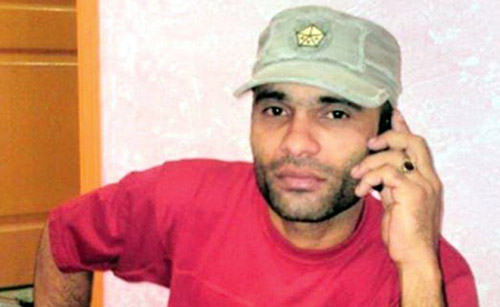 Lyari gangster Noor Muhammad alias Baba Ladla was gunned down by Iranian border guards near MP 250, a crossing point at the Pakistan-Iran border, close to Chabahar, officials and witnesses said on Tuesday.

“Baba Ladla was crossing the border when Iranian border guards intercepted him as he ignored the warning. Guards opened fire, killing him instantly,” an official from across the border told Balochistan Express. “He received three bullet wounds and died on the spot,” he added. The body is in the custody of Iranian border guards, and until the filing of this report, no one had claimed his body from them.

Iranian officials did not confirm Baba Ladla’s death. However, he was identified after he was shot dead, one eyewitness said over the phone. According to intelligence officials, Baba Ladla was trying to cross the border to escape to Dubai. Officials in Gwadar said neither did they not know about the incident nor had Iranian officials approached them.

Baba Ladla, who carried a head money of Rs5 million, was wanted in more than 50 murder cases and an FIR was lodged against him for the Jhatpat market blast, which killed 20 people and injured more than 30 in Lyari. Baba Ladla and other Lyari gangsters escaped from the area when Rangers and police began the operation a few months ago, and many of his goons were being killed in encounters. Active members of Lyaris gang have fled to Oman and Dubai. Uzair Blaoch network has fled towards Oman and Muscat. Baba Ladla group and a few of his anti group members reportedly have fled to Dubai. -tribune