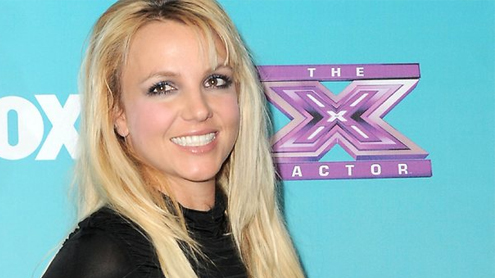 Britney Spears has left The X Factor USA after just one season – after discovering show boss Simon Cowell was about to fire her for being ‘boring’.

The 31-year-old singer jumped before she was pushed as Cowell, 53, made plans to terminate her $15million contract after her judging style on the show had been heavily criticised, sources close to the show confirmed to MailOnline. A source close to production explained: ‘Britney and her team knew it was unlikely she’d be asked back as a judge.’The producers have already been making other plans for next season over the holidays.’The reality is that toward the end of last season the main players knew they wanted to replace both Britney and LA Reid. LA Reid wasn’t at the top of his game in second season and he knew that.’

Britney’s judging was heavily criticised throughout the last season, with critics dubbing her ‘boring’.And show insiders complained that she insisted on having breaks every few contestants during auditions and was often unengaged in the whole process.It was felt Britney didn’t connect with her contestants, despite being employed to mentor them. Insiders complained that she would barely look at them on stage during the live round of the show.

‘Most people didn’t expect Britney to make it through the season as its a demanding role but she did her best,’ said a source.Although the mother-of-two only lasted on the judges panel for one season it was an incredibly lucrative one.A previous report in Us Weekly pointed out that her $15milllion contract had a lot to do with Cowell’s decision, with one insider telling the publication: ‘They paid all that for her to say ‘amazing’ and offer half-claps.’At one time Cowell had  intimated to E! that he’d have Britney back despite telling them he’s ‘pro change,’ he told them: ‘I don’t know yet, to be honest with you. I haven’t had the conversation with her whether she’d want to, what other commitments she’s got.’

Fellow judge L.A. Reid  – a long-standing judge – already announced his departure to focus on his record label.Midas-alike Cowell has struggled to repeat the success of the smash hit British show since it debuted across the Atlantic in the autumn of 2011.After the initial disappointing season, Cowell fired judges Paula Abdul and Nicole Scherzinger and host Steve Jones in January.He then went all out to get a big name signing; and nobody could argue with Britney’s pedigree when she signed on the dotted line for the svengali.

Not only is she one of the biggest pop stars in the world; but her soap opera past lends the blonde an inherent fascination lacking in other stars.But sadly that never translated into her on-screen presence, and Cowell’s coup became a damp squib.The blonde flubbed lines and often seemed disconnected from the the show’s narrative.The December 20 second season finale was watched by 9.6 million viewers, down 18 percent from the first season finale.Despite the setbacks, Cowell himself is unlikely to be looking for another job anytime soon.

Artists discovered by the X Factor have sold more than 100 million records worldwide, including 110 No. 1’s, 270 Top 10, and 501 Top 50 releases – and the show has been commissioned in 41 territories.Cowell – who according to Forbes made $90 million last year alone – also saw his  TV production business, Simco, boosted by 138 per cent last year, mainly due to the launch of the Fox TV talent show. Cowell’s company also reported that total turnover almost doubled to £54.6m ($87.89m) in the year to 31 March 2012. – DailyMail