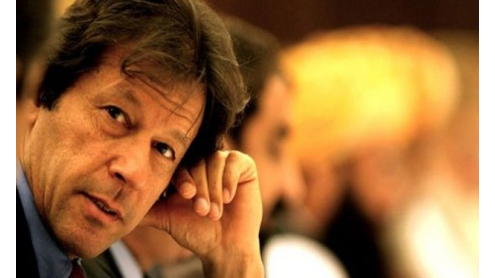 ISLAMABAD: Pakistan Tehreek-e-Insaf (PTI) is going to restructure its media cell by combining all available resources including manpower at two different media offices of the party at Islamabad working parallel under different office-bearers.

The exercise has been kicked off with the removal of Ahmed Jawad from the position of in-charge central media cell. Jawad has been replaced with former PML-Q MNA Ayla Malik, the central leader of PTI.The step, which is aimed to make the central media office cohesive and well coordinated, is taken after several complaints where media men sounding off all the times about absence of single media office at Islamabad that was resulting in repetition of news releases.

A recently opened media office of PTI at Sector F-8 of Islamabad has also been closed after shifting the staffers and equipments from there to central secretariat at G-6. Earlier, Alya Malik was looking after the affairs of F-8 office, while Ahmad Jawad was in charge of central media cell located inside party’s central office in G-6.The decision was taken at a meeting recently held under the chairmanship of Imran Khan. On Wednesday a review meeting held at party office, which was attended by PTI central leaders including Jehangir Khan Tareen, PTI Senior Vice President Naeemul Haque, Ayla Malik, Abdul Aleem Khan and others.

“Ahmad Jawad has been removed from the position of in-charge central media cell for his unending business related activities. Currently he is in Thailand on 15-day business tour,” said an office-bearer of PTI media cell.Faisal Javed has already been designated as head of electronic media operations, while Ayla Malik would be the overall in-charge of both electronic and print media.

There is also financial aspect involved in the exercise, as party was paying huge sum of money under the head of rent and other allied utilities of a house it had rented some six months ago to establish Media Resource Centre at F-8, said a PTI leader. While repetition of news releases to media outlets was also troublesome for many, he added.Media Resource Centre at F-8 was high tech and sophisticated, around 30 staffers were engaged in different media related activities including monitoring of print and electronic media, drafting of news releases both in Urdu and English languages.While the same centre also used to issue two separate briefs to PTI central leaders during a day about the day-long coverage of different party activities in print and electronic media.However, now all the staffers and other equipments would be shifted to central office.