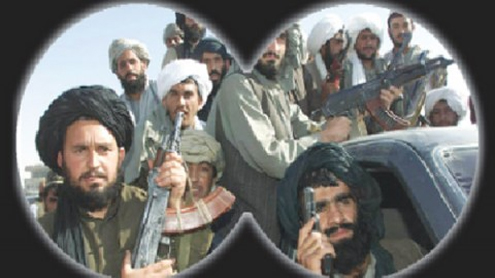 ISLAMABAD: In a significant shift in its operational priorities for the first time in the 11-year-old war on terror, the Pakistan Army has declared the internal security challenges as major threat and danger to the country’s sovereignty.

According to a military doctrine published by the army, the guerilla warfare going on in the Federally Administered Tribal Areas (FATA) and on the western border as well as the terrorist attacks by some militant outfits on individuals and institutions have been dubbed as the biggest threat to Pakistan’s sovereignty.The doctrine is part of a 200-page publication known as Green Book which is published by the army on a regular basis to review its operational preparedness and professional capabilities.

In the newly published Green Book, a new chapter has been added with the title, Sub-conventional Warfare. Without naming any militant outfit, the new chapter also talks about the militant intrusion in Pakistani areas from across the border in Afghanistan.It merits mention that India has always been considered as Pakistan’s enemy No 1 by the country’s defence and security circles, but this is the first time that internal security hazards have been dubbed as more serious threat to the country’s sovereignty, which is a significant shift in the army’s doctrine.

Seeking anonymity, a senior army official confirmed the contents of the book. However, he said the Pakistan Army was ready to face all conventional and unconventional security challenges.The inclusion of new chapter in the book is meant to prepare the army cadres to face this new warfare and threat as well as to acquire the required public support in this regard.The distribution of the green-colored book is underway among the army officials whereas in future at some proper time, this publication could also be made part of the army’s website for general public.

The book says that some organisations and elements are hell-bent on harming the country’s sovereignty and terrorist attacks were being carried out in the tribal and settled areas for this purpose.It says that the terrorist attacks are being planned and executed in a cruel way and to counter them a high-level preparedness and befitting response are needed.
A security official said that the notion of absence of any serious threat on the country’s western border and the concentration of almost all defence power on the eastern frontier resulted in the inability of security forces to detect the American helicopters that flew from Afghanistan to Abbottabad on May 2, 2011 to kill Al Qaeda chief Osama bin Laden.He said the lack of defence capabilities of local military commanders in Salala (Mohmand Agency) back in November 2011 to stop and repulse the NATO assault on Pakistani border posts, which killed several soldiers, also led to the creation of the new doctrine. – PT