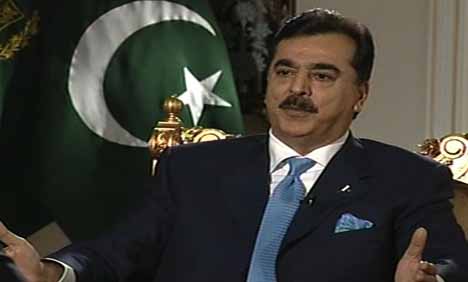 ISLAMABAD: Asserting that he was in favour of dual nationality, Prime Minister Syed Yusuf Raza Gailani on Sunday said that Constitution of Pakistan does not bar Pakistani citizens to have a second nationality .

When the anchor person Hamid Mir of Geo TV asked how an American nationality holder Pakistani would protect Pakistan’s interests viz a viz US, the PM responded with a counter question; “what if they (expatriates) have problems with their second nationality and they have to fall back on their country of origin? Therefore, Pakistanis should have right to acquire a second nationality,” he insisted. The Prime Minister snubbed the anchor’s reference to a recent court decision against dual nationality of Farahnaz Isphahani, the spouse of memogate-hit former Pakistani Ambassador in US Hussain Haqani by saying “constitutions and laws are not made for a person.”

Regarding NATO supply, he said that talks were continuing with the United States. He said that when the President went the US to attend the Chicago conference the Defence of Pakistan Council announced long march. He added that Defence of Pakistan Council in past had sided with the US and had fought jihad against Russia.  To a query, the prime minister said that according to law, Dr Shakil Afridi has right to defend his case. -Onlinenews