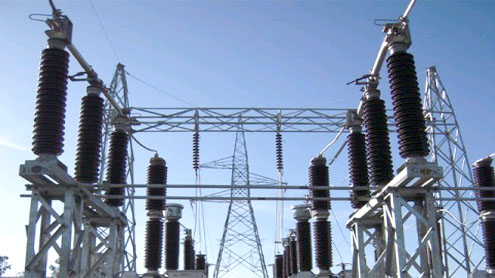 ISLAMBAD: The Federal Cabinet, which met with Prime Minister Syed Yousuf Raza Gilani in the chair Wednesday, approved the Civil Servants (Amendment) Bill under which all the government employees will be bound to declare their assets.

The Cabinet decided in principle to suspend the gas supply to industrial sector against the agreement made so far and also advised provision of Rs15 billion monthly to the power sector in a bid to control worsening electricity loadshedding in the country.

Minister for Information and Broadcasting Dr Firdous Ashiq Awan, while talking to the media persons after Federal Cabinet meeting, said that now onwards government officials including army, judiciary and other civil servants will be bound to declare their assets. She said the industrial sector would not get gas during current month in a bid to ensure gas supply to the domestic sector. However, a committee has been formed to supply gas to the industrial sector of Punjab from Sindh province, which would devise recommendations within one week.

Firdous further told that the Prime Minister has instructed the Power Ministry to end unannounced loadshedding. Further, to control power loadshedding, power sector would be given Rs15 billion monthly. Additionally, to ensure transparency in the purchase of 75 locomotives for Railways, a committee has also been formed.Responding to a question, the minister said that implementation on the decision regarding NRO will be in accordance with the law.

Sources informed that Prime Minister Gilani headed a special cabinet meeting to tackle the issues of energy and gas shortage where the cabinet committee on energy gave its suggestions to deal with the situation and to take financial measures while Minister for Petroleum and Natural resources Dr Asim Hussain briefed on the issues relating to gas shortage in the country.

The cabinet further advised the Ministry of law, Justice and Parliamentary Affairs to finalise the much-delayed accountability bill in a bid to get it implemented immediately. The Federal Cabinet also decided that now all civil servants would have to declare their assets, which would also be made public. Besides this, the Cabinet praised the remarks of honourable Chief Justice of Pakistan Iftikhar Muhammad Chaudhry. While hearing the Bhutto reference case where CJ remarked that no one should be mistaken as doors for military courts have been shut. – Nation