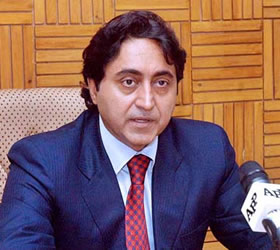 The event will showcase the opportunities available to internationalinvestors in the Pakistan economy and is designed to both represent  a number of Pakistan based listed and public companies and connect them with a wide range of senior representatives from the international buy-side investor and corporate advisor communities.The Senate Standing Committee on Privatisation (SSCOP) has already given unanimous support to the Privatisation Commission (PC) for its equity-linked activity (Convertible Bonds) in the global market to turnaround the State Owned Entities (SoEs) while PC Board had also given go ahead in this regard. The proposal was last month presented at the highest level before the President and the Prime Minister.Privatisation transactions via capital markets (22 of 167 transactions) have so far raised Rs. 133 Bn (29% of total privatisation proceeds amounting Rs. 477 Bn) and going forward in this direction Privatisation can play vital role in reinvigoration of business activity and capital markets of Pakistan. Capital Market Transactions such as Public Offerings and Equity Linked Instruments will provide momentum to the privatisation program.According to Saira Najeeb, the Commercial Secretary at the Pakistan High Commission , this event will further strengthen  economic links between  Pakistan and the UK and also bring direct benefits to the companies presenting and the wider economy of Pakistan as well as bringing closer the leading business and investment groups to explore the areas of interest – App

Sajjad records 3rd win in a row in World Snooker