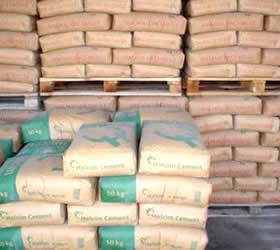 KARACHI: Cement exports to Afghanistan are grossly under-valued due to intense competition, according to industry sources here. They told Business Recorder here on Saturday that $42 per ton price quoted for export to Afghanistan is not realistic.Since no country in the world could supply cement to Afghanistan at less than $60 per ton, they demanded that the government should fix minimum export price of cement to Afghanistan at $55 per ton.The ill-health of cement industry could send non performing loans (NPLs) of banks which have reportedly lent over Rs 125 billion, skyrocketing in the absence of immediate remedial measures, they feared. They warned the government that its inaction to facilitate the cement sector immediately would result in the closure of almost 50 percent units.

Explaining the present scenario, sources said that the cost of inputs of manufacture of cement have escalated at the same proportion as that for other manufactured items but cement selling rates are still prevailing at 2005 level due to intense competition because of over-capacity, continuing heavy government levies which account for almost 30 percent of selling prices and drastically reduced demand due to economic slump.They urged the government to rescue the ailing cement industry that has posted huge losses during last fiscal year and in the first quarter of this financial year. Energy is the major input of cement industry and the rates of all fuels like gas, coal; and furnace oil have doubled during the last three years.Sources pointed out that the central excise duty (CED) and special excise duty (SED) have cumulative impact of Rs 42.50 on one bag of cement. The excise duty is a duty that is imposed to discourage the use of luxury items injurious to health like cigarettes. Cement, they asserted, is an essential item for construction industry of the country. There is shortage of one million houses in Pakistan, and every effort should be made to encourage construction activities, they said.

According to them, excise duty is the main reason for duty evasion by some mills, which do not report full production to avoid excise duties only. As far as sales tax is concerned it is in line with global practices. It is not possible for the industry to avoid sales tax because they have to obtain refunds on inputs like electricity, gas and packing material. If excise duty is abolished, it would eliminate the chances of under-reporting of production and could increase cement consumption. Taxation loss on excise duty could eventually be made up from greater GST collections.Imported coal, sources pointed out, is still the cheapest fuel compared with others, but the cement units established in Punjab and Khyber Pukhtunkhwa (KP) have to bear additional cost of $22 per ton for transporting the imported coal from sea ports to their factories.

The cost for Karachi and cement units near the sea is only $5 per ton. Factories in the upper part of the country operate with the disadvantage of $22 per ton (Rs1800 per ton) compared with units situated near sea ports. Units in Punjab and KP have to bear cost of $18 per ton for transportation of cement to sea ports. This has made export of cement from upper parts of country unfeasible.The federal government, realising this difficulty of cement units, had announced a 35 percent subsidy in its 2009-10 on transport of cement to sea ports for all factories situated more than 100 km from the ports. Sources regretted that the subsidy was never paid, and the concession was withdrawn in the current budget.Closure of capacity would result in the stoppage of exports and local supply would also stop because local shortage would shoot the cement rates to around Rs 500 per bag that would make the domestic market more lucrative than exports.Sources recommended to the government to immediately look towards rectifying cement sector issues before this major sector also is added to the list of failed sectors of the economy – Brecorder