Punjab government approves setting up of industrial estate for SMEs 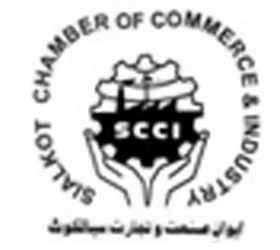 SIALKOT (October 01 2010): President Sialkot Chamber of Commerce and Industry (SCCI) Muhammad Ishaq Butt has said Punjab government has approved the project of setting up of small industrial estate for SMEs in Sialkot. The district administration would identify suitable land for the establishment of the proposed industrial estate in the city shortly, he said.

In an informal chat with Business Recorder here on Thursday he said the basic concept of the establishment of industrial estate was to accommodate the small vendors and manufacturers enabling them to establish their units in the estate. The president SCCI further said that the mega project of Sports Industries Development Centre (SIDC) would be operational from next year, which would provide guidance and assistance about the new technologies to the business community engaged with soccer ball and sports goods industry of Sialkot.

The SIDC is a joint project of SCCI, Small and Medium Enterprises Development Authority (Smeda) and Ministry of Industry and this project would be accomplished at a cost of Rs 430 million, he disclosed. Butt further said that SCCI was making adequate efforts for the promotion of agriculture, livestock, dairy development and dairy products. In this regard, he said a committee had been established in SCCI for formulating a future strategy.

In order to extend micro finance facility to the jobless and small businessmen the SCCI has established a self-employment trust and the trust had already started giving loans to the jobless and small businessmen, he disclosed. He said that the development work on Sialkot Engineering University costing more than Rs 14 billion would be started in near future and this mega project would be completed with the support of Swedish government.

He disclosed that Punjab Chief Minister had approved the project of Sialkot Medical College and it will start functioning from November this year. The classes in Sialkot Medical College would be started with 100 students in Government Allama Iqbal hospital and the functioning of medical college would not only provide the facility of medical education to the students but also ensure improved medical facilities at local level he added – Brecorder

Moon Market equipped with state of the art security system

Moon Market equipped with state of the art security system