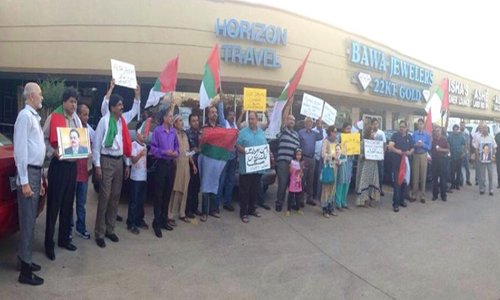 MQM Houston Unit in charge Imtiaz Ahsan said the supporters and workers would not be satisfied until they hear Altaf Hussain’s voice. He said Altaf Hussain was the only leader who guaranteed Pakistan’s strength, and that the unseen hands tried to stop Altaf Hussain to unite the country and put it to the path of prosperity. -thenews

Normalcy returns to Karachi after Shutdown