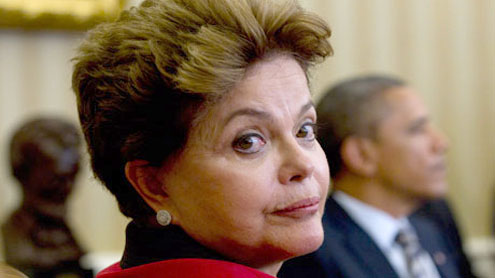 SAO PAULO: Brazil is taking steps to lower the spiraling cost of accommodations during the United Nations’ upcoming conference on sustainable development, the office of President Dilma Rousseff said Wednesday.

The statement said the steps could bring reductions of more than 60 percent for the cost of housing at the Rio+20 conference in Rio de Janeiro, where authorities faced sharp criticism for skyrocketing hotel costs and shortcomings in available rooms.As many as 50,000 people are expected to flood into Rio for the June 20-22 event even though the city has a hotel capacity of just 33,000 beds. Critics have accused the city’s hotel sector of taking advantage of the spike in demand to charge exorbitant rates, often several times the normal prices.

The statement from Rousseff’s office said the company responsible for providing accommodations to conference participants, Brazilian tour operator Terramar Turisamo e Eventos, was scrapping its 25 percent management fee.In addition, hotels will no longer require guests to book a weeklong stay, meaning delegates will be able to pay for only the nights they intend to stay, the statement said. That will lead to a 30 percent to 40 percent price cut for some delegates.Delegates who have already paid their stay in full will be reimbursed the difference.

The deal was worked out by government officials and representatives of the hotel sector during meetings that began last week.It came in response to a barrage of criticism from conference delegates, including the announcement earlier this month that the European Parliament had canceled its entire 11-person delegation due to the costs.

The average cost of a room in Rio during the conference had risen to $818 a night, according to a report last week by Agencia Brasil, the state-run news agency. But even at those prices, rooms during the conference were so hard to come by that the mayor appealed to residents to leave town and rent out their apartments to delegates.Rio+20 is the follow-up to the United Nations’ 1992 Earth Summit, also held in Rio, which helped put climate change on the world agenda. – Yahoonews